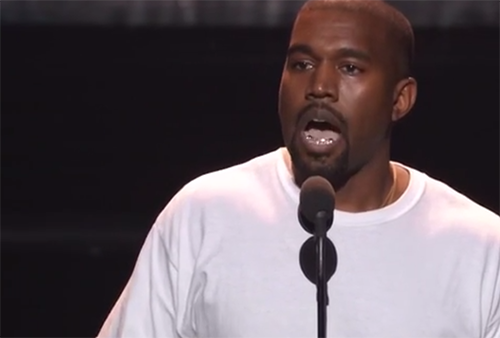 Kanye West and Amber Rose’s romance ended several years before his marriage to Kim Kardashian, but there’s no doubt that the model is still a prominent figure in the rapper’s life. There was speculation that Kim Kardashian might have been behind Kanye West and Amber Rose’s break up back in 2010, yet the ‘Famous’ singer still can’t get his ex out of his head. There have even been theories of Kanye West’s Amber Rose obsessions and how the Philadelphia-born and raised model has always been the rapper’s one and only true love.

For Kim Kardashian, it sure doesn’t help that Kanye West continues to acknowledge Amber Rose everywhere he goes, including last year’s bitter Wiz Khalifa Twitter feud in which Amber Rose stood up for her baby daddy and theoretically burned Kanye West with her suggestive tweets about his favorite sexual fetishes.

Even though Kanye West, Kim Kardashian, and Amber Rose have all made up after their Twitter fiasco, the controversial fashion designer gave his ex-girlfriend a special shout out during his speech by saying, “I see you Amber” (which Amber Rose herself acknowledged with a nod and a smile), while adding that Kim Kardashian “is a G.”

Sure, Kanye West’s Amber Rose shout out might have seemed harmless, but no woman – and especially Kim Kardashian – would want to see her husband continuously name check his ex-girlfriend in public. For Kanye West, Amber Rose should be old news by now but for some reason or another his is still putting a spotlight on her, much to the dismay of his own wife.

Kim Kardashian might think that Kanye West and Amber Rose are nothing more than friends these days, but if the rapper was truly happy and in love with wife, there would be no reason for him to be thinking about Amber Rose, let alone utter her name out loud at the 2016 Video Music Awards.