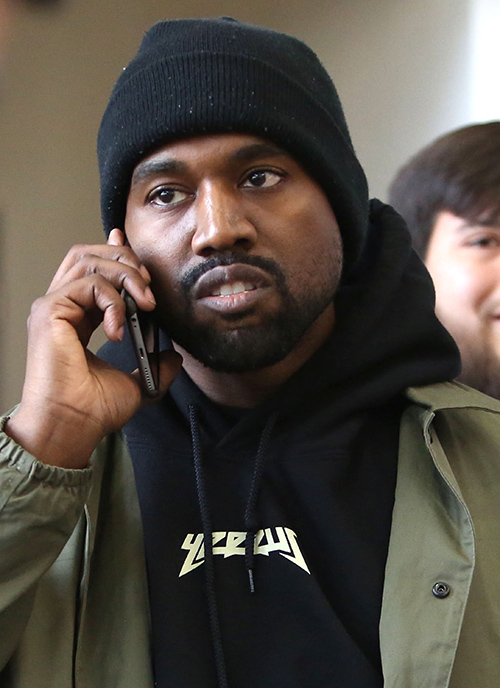 Kanye West and Wiz Khalifa’s beef on Twitter is borderline absurd, but full-blown hilarious. Ironically, it wasn’t their mutual ex Amber Rose that inspired Kanye’s insane rant towards Wiz on social media – it all started over “Waves” – the name of Kanye’s new album. Of course, by the time they were done with their public melee, both Kim Kardashian and Amber Rose had been dragged into the insults.

Here’s a quick recap. Kanye West took to Twitter and announced that he had changed the name of his up-and-coming album from “Swish” to “Waves.” Wiz Khalifa took offense, he felt that Kanye was stealing “Waves” from now incarcerated rapper Max B. Wiz sent out a few subtweets saying, “Please don’t take the wave,” and “Max B is the wavy one. He created the wave. There is no wave without him.” Wiz then proceeded to tweet a few of Max B’s YouTube videos – just in case there was any confusion about what “being wavy” really looked like.

Kanye West flipped a lid and let his crazy flag fly and sent out approximately 30 tweets to Wiz Khalifa, rapid fire, and creating a frenzy on Twitter. The onslaught went on for well over an hour. Basically, Kanye reminded Wiz that he is the greatest singer in the world – and if it weren’t for him it wouldn’t be socially acceptable for Wiz to wear skinny jeans. Then, things got nasty and crazy Kanye dragged Amber Rose into the battle.

When Kanye crossed a line and began harassing Wiz for “getting trapped by a stripper” (Amber Rose) and then announcing that he “owned Wiz’s child,” Kanye’s ex Amber got in on the Twitter feud and with one line she managed to blow both her baby-daddy and ex-boyfriend out of the water.

For the grand finale of the Wiz and Kanye Twitter fight, Amber tweeted, “Awww @kanyewest are u mad I’m not around to play in ur asshole anymore? #FingersInTheBootyAssBitch.” And, just like that, Kanye started deleting his crazy tweets.

So, are you Team Kanye or Team Wiz? Who do you think won that Twitter battle? Or are we going to have to give the championship belt to Amber Rose – who appeared out of nowhere and stole the show? Share your thoughts in the comments below!