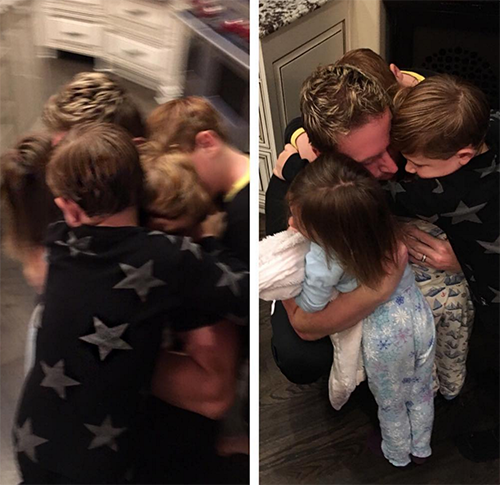 Is ‘Don’t Be Tardy’ starring Kim Zolciak, Kroy Biermann, and the Biermann Bunch in jeopardy of cancellation? Kroy wasn’t re-signed by the Atlanta Falcons but he’s not out of a job. The Buffalo Bills signed the linebacker on Monday, August 15.

If Kim’s Instagram is any indication, the entire Biermann Bunch is moving with Kroy to Western New York. Kim had a very emotional day on Monday. Not only did Kroy leave for Buffalo, Kash, 4, started pre-kindergarten, and KJ headed off to kindergarten

But Kim Zolciak isn’t letting any of that get her down. Believe it or not, Kim’s excited about the move. Her parents grew up in the Western New York area and half of Kim’s family still lives there. There’s an entire new cast of characters to introduce to fans of ‘Don’t Be Tardy.’

If Bravo is willing to take a chance, why not add ‘The Real Housewives of Buffalo’ to the franchise? Here are a few suggestions for cast members if Bravo does decide to go that route.

Kim would probably get along great with Kyle Williams’ beautiful blonde wife Jill Williams. Kyle and Jill have five young children and their lives are rooted in family and faith.

Reggie Bush has been signed by Buffalo and he has a young family. Married to his gorgeous brunette wife Lilit Avagyan since July 2014, the couple has two children, daughter Briseis, 3, and one-year-old son Uriah. That’s three ladies Bravo could consider for ‘The Real Housewives of Buffalo.’

Stephon Gillmore is another player with a hot wife. Gillmore married his high school sweetheart Gabrielle Glenn in 2014. A graduate of University of South Carolina, Gabrielle was a collegiate sprinter.

‘RHOA’ Porsha Williams did briefly date Duke Williams, a Bills player who had a rough year in 2015. Duke is showing some real promise for 2016 – bet Porsha would love to get her hooks back into Duke.

The ladies in the ATL, especially Kenya Moore, would be happy to say buh-bye to Porsha. And if Duke keeps up doing what he’s doing he’ll be pulling in the big bucks. A woman can live like a queen on a few million dollars in Buffalo.

There you have it – Bravo doesn’t need to cancel ‘Don’t Be Tardy’! Bring the show to Buffalo, New York and then spinoff ‘The Real Housewives of Buffalo’ from there.