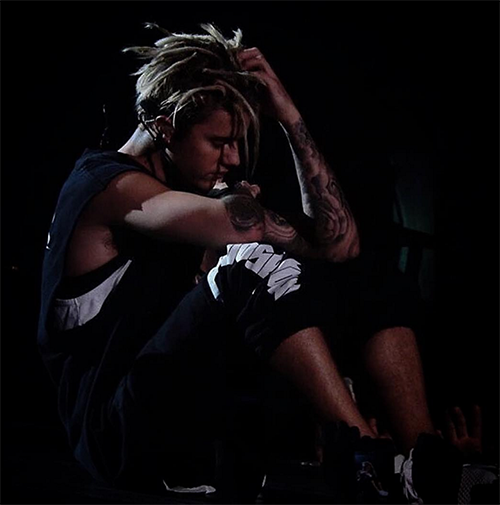 ‘KUWTK’ star Kourtney Kardashian recently broke up with her long time beau, Scott Disick, but it looks like the breakup hasn’t really bummed her out and here’s why. If reports making rounds are anything to go by, Kourtney and the “Baby” crooner, Justin Bieber, have been “hooking up on and off for a few months now.”

According to a report on People, Bieber, 22 has been hooking up with Kourtney, 36. The duo was last seen together in late March when the mother-of-three was spotted at the Bieb’s pop star’s concert in LA. This was enough to firmly establish that these two had not cooled down.

In addition, multiple sources confirmed to People that “they have hooked up a few times, including recently. It happens in L.A.” The source adds, “He has met her kids, but they don’t hook up around the kids. It’s on nights when she has help and is able to go out.”

Reports on PerezHilton confirmed that the popular Canadian singer has even met Kourt’s three children: 3-year-old Penelope; 6-year-old Mason; and Reign, who is 1-year-old.

The source further added that Justin thinks it’s cool that the “Kourtney and Khloé Take Miami” star is older and hot. The reality star further added fuel to the fire when she showed up at the Staples Centre to watch Justin Bieber perform. Kourt flaunted her shortest skirt and paired it with over-the-knee boots looking seriously hot as she joined the crowd to cheer for the pop star.

The pair first got comfy in December of last year, just around the time when Bieber and his former flame, Selena Gomez, released their albums. The “Come & Get It” songstress even showed up at Bieber’s final Los Angeles concert after he pleaded her to come see him for days.

Just when it looked like things between Bieber and Selena were getting cosy de novo, HollywoodLife.com reported that Justin was spotted with Hailey Baldwin backstage at the iHeartRadio Music Awards.

No prizes for guessing, Selena clearly thought it was the final straw. Do you think Bieber was hooking up with Kourtney even during the time he was setting his cap for Selena Gomez? Share your thoughts in the comments below.