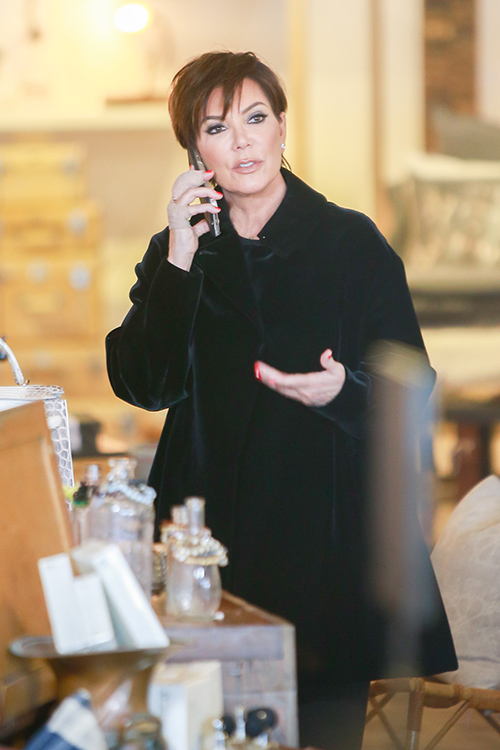 It’s no secret that Kris Jenner rubs some people in Hollywood the wrong way, in part due to her famewhore ways and, now, her rep for being a sloppy drunk. If there’s ever a time in Hollywood when the celebs start acting snootier than they already were, then it has gotta be Oscars season. While the pre- and post-show parties are held to have a good time, the party throwers still expect their guests to maintain some level of class and dignity. So, in most people’s eyes, that means refraining from downing all there is to down at the open cocktail bar.

According to a report published by Star Magazine, Kris Jenner and her family were banned from entering one of the year’s hottest Oscar pre-parties at Raleigh Studios. And why exactly were they banned you ask? Well, one source says that Kris Jenner rubbed some people all the wrong way during a past appearance at the party. “Kris Jenner went years ago and got drunk and no one liked that,” the insider claims.

Wow, what do you make of the Kardashians getting banned from this glitzy and glam event? Do you think people at these parties overreact too easily? It’s hard to say whether or not the people throwing this party really do have a problem with Kris’s drinking or if they simply don’t want her and her Kardashian brood coming to unleash their reality-TV aroma into a room of high-class Hollywood A-listers.

What do you think? Do you think that the Kardashians should have been allowed into the party – and what do you think Kanye West thought when he found out that his family was denied entrance? I’m honestly surprised we haven’t heard about him blowing up over the whole ordeal, perhaps a sign that it’s not entirely true. I’ll let you be the judge on this one. Let us know if you think this is fact or fiction in the comments section below.

Be sure to keep checking CDL for all your Kim Kardashian family updates!