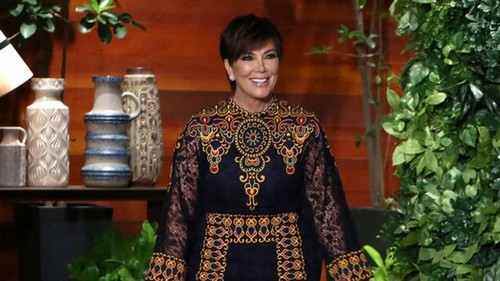 Kris Jenner wishes to ground Kanye West, as she wants a stop to his Twitter rants and to cut excessive spending saving Kim Kardashian more heartache? The barrage of celebrity feuds and social media tantrums that Kanye Wests has instigated since the beginning of 2016 has certainly left the momager shaking her finger at her son-in-law.

Does Kris Jenner believe if Kanye tones down on the social media shenanigans he can then focus on a financial recovery since the damage his announcement of $53 million in debt caused? Will she finally step in the curb Kanye West’s “excesses” in behaviour and spending?

Speaking on the Ellen DeGeneres Show Monday, February 29, Kris Jenner expressed her disquiet with Kanye’s recent flurry of Twitter rants. Ellen DeGeneres also made the suggestion that he be assigned a “board of directors” that would not only curb his social extravagance but also any other instances of excessive spending. During the interview, TV host Ellen DeGeneres asked Kris if she often wishes the rapper to simply stop tweeting?

Kris Jenner was quick to agree and somewhat jokingly replied “There have been days where there should be a no tweeting law and I feel like I’ll ground him”. Behind the blasé comments, there remains a grain of sincerity.

Since Kris Jenner has turned the Kim Kardashian name into a veritable empire, it goes without dispute that she would quietly allow anyone to ruin that. Sources close to Jenner speaking with Us Weekly on February 24 claimed that Kris believes Kanye’s recent Twitter outbursts and feuds with other artists are damaging the brand. This has made her very anxious. Is the momager thinking to take some drastic measures to curb her wayward son-in-law?

Kris Jenner in an apparent attempt to save face for the Kardashian family has thrown in her support to her daughter Kim Kardashian. Kim believes that Kanye West’s comments are often misunderstood based on the flamboyant manner in which he expresses himself.

People Magazine reported on February 29 that Jenner believes Kanye’s tweets admitting to a $53 million debt would have been better understood had he explained this money was actually the capital that he had invested in his Yeezy fashion line and music over the last decade and a half.

It has become increasingly obvious that those supporting Kanye have been finding it more and more difficult do so in recent months; especially his wife Kim Kardashian. This is especially so after the February 11 debut of the song “Famous” which sparked controversy with Taylor Swift.

This was due to the lines “I feel like me and Taylor might still have sex; Why? I made that b—h famous”. As expected, the lyrics caused a lot of negative response, not only from Taylor Swift fans but others throughout the entertainment fraternity.

Will Kris Jenner be the one to reign in Kanye West and regain her preferred control of how the family functions.

‘Keeping Up With The Kardashian’ cast film for an episode in Calabasas, California on February 29, 2016. The group was spotted leaving Health Nut. FameFlynet