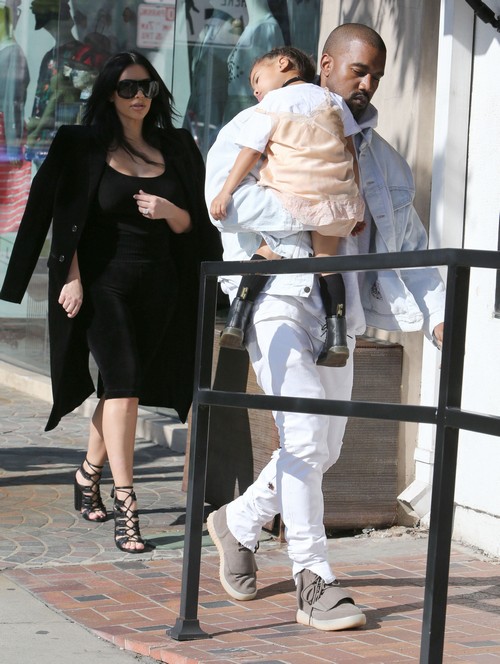 Kanye West is back on Twitter – angrily ranting to the masses, and making a complete mockery of himself, which will no doubt be plastered over the internet long after Kanye is done raging. Last week Kanye begged Mark Zuckerberg for funds to finance his “art,” – he’s apparently millions of dollars in debt and “needs help supporting his family.” (Last time we checked Kim Kardashian wasn’t missing any meals).

This week, Kanye West reemerged on Twitter because he was furious with a critique of his music that was written by producer Bob Ezrin and posted in Lefsetz newsletter. Let’s just say that the critique wasn’t exactly doing Kanye any favors. Here’s a peek at what Ezrin had to say about Yeezy.

“Unlike other creators in his genre like Jay Z, Tupac, Biggie [Smalls] or even M.C. Hammer for that matter, it’s unlikely that we’ll be quoting too many of Kanye’s songs 20 years from now. He didn’t open up new avenues of public discourse like NWA, or introduce the world to a new art form like Grandmaster Flash, or even meaningfully and memorably address social issues through his music like Marshall [Eminem], Macklemore and Kendrick [Lamar].

Instead Kanye’s greatest achievements have been in the form of excessive behavior, egomaniacal tantrums and tasteless grandstanding. What he is a true artist at is living his life out loud — and shoving it down the throats of the rest of us whether we give a shit or not. He’s like that flasher who interrupts a critical game by running naked across the field. Is that art?”

As you can imagine, Kanye West flipped a lid when he read Ezrin’s critique – and he was back on Twitter in a matter of minutes to let the world know. First Kanye tweeted, “Has anybody ever heard of Bob Ezrin? What the f–k does he know about rap…” Seeing as how Bob Ezrin has worked with artists like Alice Cooper and Pink Floyd – it’s safe to say quite a few people HAVE heard of him.

It wasn’t long before Kanye dragged Bob Ezrin’s kids in to the mix – because that’s kind of his thing now, he can’t argue with anyone without dissing their innocent kids that have no idea what is going on. Kanye went on to say to Ezrin, “Please don’t speak on me ever again bro. Your kids are ashamed of their dad.”

Kanye didn’t stop there though, he continued to take his rant to another level and added, “But could you imagine if you were Bob Ezrin’s kids… I’m so sorry for them… I will send them free Yeezys to make up for the embarrassment that you have caused your family!”

Of course, Kanye couldn’t complete his rant without somehow dragging Taylor Swift in to it. Seriously, what did this girl ever do to Kanye besides sell millions and millions more albums than him? His obsession/vendetta is getting borderline creepy. Taylor Swift might need to head down to the courthouse and file for a restraining order.

Kanye tweeted this angry message about Taylor, “Rock and Roll was stolen… Rap was exploited. I made Dark Fantasy and Watch the Throne in one year and wasn’t nominated for either and you know who has 2 albums of the year [Taylor Swift]. Ezrin I truly feel sorry for your friends and family that they have had to suffer an idiot like you for so many years… God bless the fools.. all positive vibes!“

At least Kanye ends all of his egotistical rants with “positive vibes.” So yeah, Kanye West just dissed Taylor Swift and Bob Ezrin – plus his kids…but positive vibes guys!