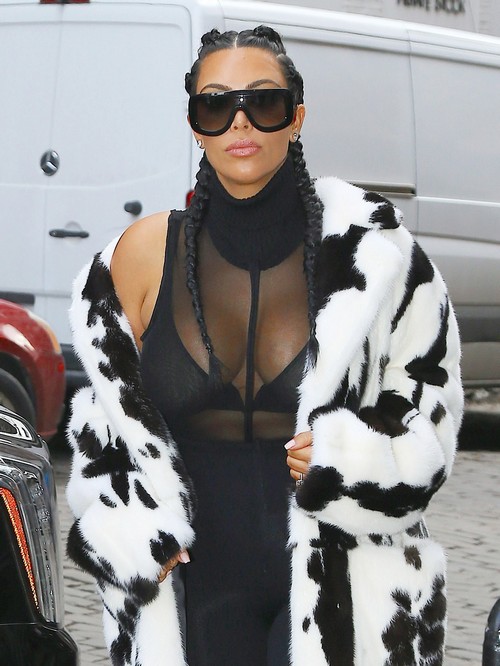 Leave it Kris Jenner to worry about money and ratings more than her children. The momager is reportedly forcing Rob Kardashian and Kylie Kardashian to end their feud for fear that “Keeping Up with the Kardashians” will be cancelled.

Would E! truly give “KUWTK” the boot? The reality show has been a cash cow for the network and the Kardashian clan. Every move that Kim Kardashian makes is documented in some way or another. Kim practically lives on Twitter, Facebook and every other social media platform available

Radar Online has just revealed that sources close to Kris Jenner say she is doing anything and everything possible to “keep the peace between estranged children Rob and Kylie. Keep the peace? The siblings reportedly haven’t spoken to each other in months. With Rob dating and living with Blac Chyna, Kylie Jenner’s sworn enemy, don’t you think it’s highly unlikely the Kardashian kids will ever speak to each other again?

That didn’t stop the momager from allegedly forcing Kylie to include designer socks from Rob’s Arthur George line in with the “Valentine’s Day Kraft Kits by Kylie.” These little krafty kits are being sent to The Children’s Hospital of Los Angeles.

Will a couple pairs of socks thrown in some Valentine gift package for sick kids spark a reunion between Kylie Kardashian and Rob Kardashian? An insider reports that Kris has made many attempts to force the feuding Kardashians back together but noting has worked. “Neither of them wants any part of it,” the source alleges.

Rob Kardashian has been under Kris’s thumb for too long. The poor guy was a hermit for two years while Kim Kardashian and Kris Jenner pushed him around. Rob is taking control of his life, happily living with new gal pal Blac Chyna and Kris is still trying to control her only son.

Chyna and Rob are reportedly trying to put together their own reality show. If the couple can pull that off why would Rob care if “Keeping Up with the Kardashians” is cancelled?

Let us know what you think in the comments section below and come back to CDL for the latest Kim Kardashian and Jenner family news.