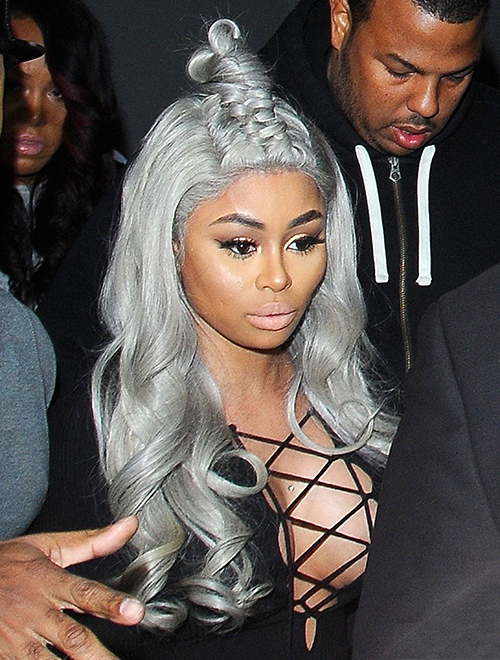 Are two of the Kardashians’ biggest enemies, Blac Chyna and Amber Rose, planning the ultimate KUWTK revenge by filming a show with Tyga and Scott Disick? While it might seem to be a bit of a stretch, sources report that Scott and Tyga have been frequenting the Ace Of Diamonds Strip Club in B-Hills – where both Amber Rose and Blac Chyna are hosting events! Additionally, an inside source connected to the club’s happenings say that they are all working on a top secret show. And, if they are, then this is the perfect way to punch the KUWTK clan right where it hurts.

As you know, Amber Rose’s feud with Kim Kardashian and Kanye West frequently sends the Celeb World into chaos. Just recently, Amber Rose involved herself in the spat between her ex Kanye and Wiz Khalifa. Ultimately, Amber Rose shutdown Yeezus by revealing one of his alleged fetishes.

The other person who’s constantly on the outs with the Kardashians is Blac Chyna. Her anger primarily stems from the fact that Kylie Jenner’s hooking up with Tyga, the man she once called her boyfriend. Now, she’s trying to get back at them by infiltrating their empire via Rob Kardashian’s heart!

The source for Radar said, “Blac Chyna and Amber are currently filming a pilot that centers around the strip club, and it is being pitched to a variety of networks. The reason that all of these Kardashian-related celebs have been going there is because they are all getting paid to appear in the pilot to make it more interesting than it already is.”

What do you make of that inside information? Do you think it’s legit? Could Amber Rose and Blac Chyna be trying to play-up their respective KUWTK feuds in an attempt to generate buzz and, in the process, bring down their arch rivals? Let us know your thoughts in the comments below, and keep checking CDL for all your Chyna, Rose, and Kardashian news!