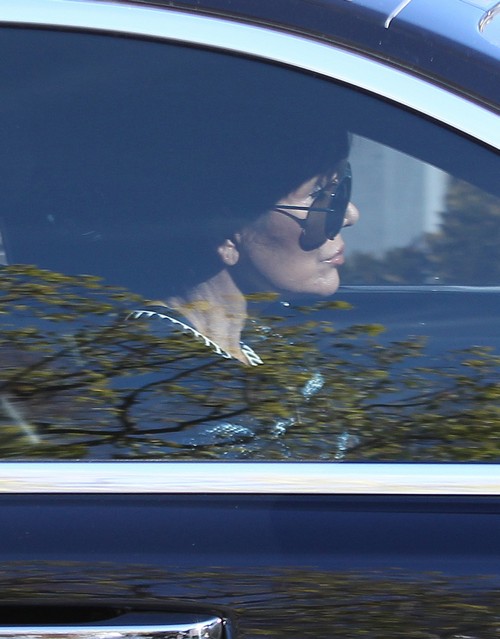 Sources divulged to TMZ that Rob Kardashian has aspirations of being a television star again. This time around it won’t involve Kris or Kim pulling the strings. The reality show would probably follow Blac Chyna and Rob Kardashian around as the couple lives their daily lives. The buzz is that Rob and Chyna will be sharing a home for quite some time!

The Kardashian and Jenner women couldn’t have cared less about Rob – until now. The only time Kris or Kim pay any attention to Robby is when the momager and Kimmy K need to boost ratings for “Keeping Up with the Kardashians.”

Is the Kardashian empire unraveling before Kris’s eyes? The momager certainly doesn’t seem happy that Rob and Chyna have hooked-up – Jenner appears to be unbelievably infuriated with the arrangement. This is the same woman who – allegedly – sold Kim’s sex tape and allowed a 17-year-old Kylie Jenner to seduce Tyga away from baby mama Chyna. Whatever it takes to boost “KUWTK” ratings, right?

Is Rob Kardashian free to star in a television show that isn’t connected to Kris Jenner and Kim Kardashian? Maybe not, because E! has all the Kardashian and Jenners tied into a contract. TPTB at the network get first dibs on any show starring any member of the clan. However, if the entertainment channel says thanks but no thanks, Chyna and Rob could take the idea elsewhere and they would!

Blac Chyna didn’t start this feud, Kris Jenner and Kim Kardashian took the first shots. But you better believe Chyna and BFF Amber Rose will be more than happy to fire the final shot that ends it. If Kris Jenner is smart she will make sure to keep Rob and Blac in-house at E! where she can control the ugly secrets Rob reveals from airing – once Rob is elsewhere all bets are off!