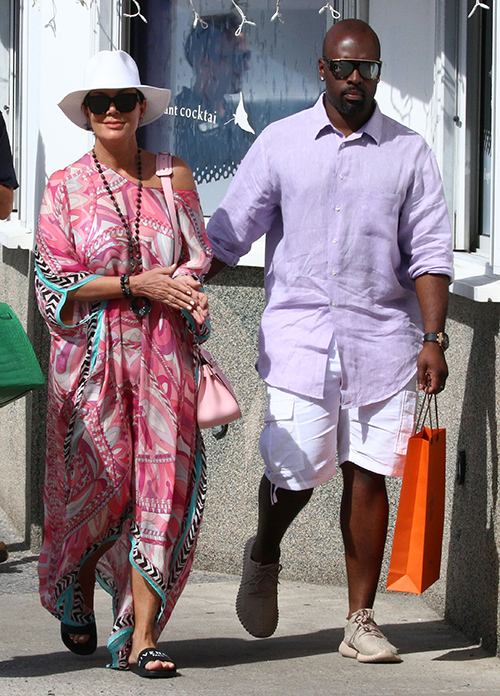 No wonder Rob Kardashian hates his family and wants to stay away from their limelight. While Rob was dealing with a huge health scare, his family was nowhere to be found. Kris Jenner was photographed partying in St. Bart’s just hours after Rob’s diagnosis. Meanwhile, Khloe Kardashian was busy spending time with James Harden in Texas. Where is the Kardashian-Jenner family when Rob needs them most?

The Kardashians frequently talk about Rob Kardashian’s health and play up their concern for their brother when the cameras are rolling. Apparently the reality TV family forgot that eyes are always on them when no one rushed to Rob’s bedside. Just weeks ago, both Kourtney and Khloe posted pictures of throwback pictures of Rob, feigning concern about his well being. Now when Rob Kardashian really does have a health crisis that his sisters were always so concerned about, where is the Kardashian-Jenner family?

Kris Jenner finally boarded a plane home, according to multiple reports. Several hours after news broke that Rob Kardashian was diagnosed with diabetes, Kris was photographed looking pretty happy in St. Barts with her boyfriend Corey Gamble. Kris didn’t rush back to take care of Rob until she was done partying with her boy toy the next day.

Khloe Kardashian, who just posted about how much her brother means to her on Instagram two weeks ago, has gone silent during her brother’s health crisis. The throwback photo posted on December 14 was captioned, “If only you could see yourself through my eyes! I’ll forever be obsessed with you! My one and only!” If only Khloe could peel herself away from boyfriend James Harden to tend to her ailing brother.

Kardashian was spotted on her way to Texas just after reports that she and Harden had broken up on Christmas. E! News debunked the story on Tuesday, December 29 and Khloe jumped on a plane headed for Houston to spend some time supporting Harden. The most support we’ve seen Khloe show her brother Rob since his diabetes diagnosis is an Instagram selfie that the reality star captioned, “Melancholy.” Is Rob the reason for Khloe’s sad state or did things not go as planned with James? Either way, Khloe certainly isn’t posting throwbacks of Rob.

The entire Kardashian-Jenner family is dead silent when it comes to Rob Kardashian’s diabetes diagnosis. It seems unusual for the family to be quiet now since so many of Rob’s sisters have been vocal about their concern over his weight and depression issues.