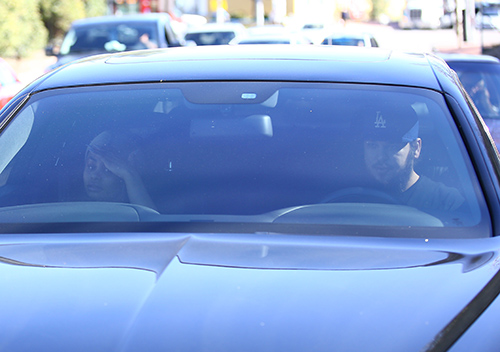 Rob Kardashian is beyond angry, don’t you think? But is he nfuriated enough to start spilling the dirtiest Kardashian family secrets to Blac Chyna and Amber Rose? Oh, won’t Kim Kardashian and Kylie Jenner be furious when the world finds out the clan is even phonier than anyone ever knew?

Where to start? By now, everyone has read that Khloe Kardashian kicked Rob out after finding little brother partying with Chyna in Koko’s home. Khloe was out hustling for a buck – promoting the new reality show “Kocktails with Khloe” – while Rob and Chyna were allegedly getting drunk and who knows what else at Casa Koko.

Rob has been upset with Kim Kardashian for quite some time. Kimmy K has no problem saying nasty things about Rob out in public. Who knows what the Kimoji creator says about Robby in private. Do Kylie Jenner and Rob even have a relationship anymore? Kris Jenner isn’t any better – the momager has berated her only son time and time again.

In case you missed it – Chyna and Kim used to be besties until Kylie, while still a minor, lured Tyga way from Chyna. And don’t forget how much Amber hates Queen Kim Kardashian because Kanye left Amber, supposedly, for Kimmy. Kim was able to legally block BFFs Amber and Chyna’s reality show from hitting the air. Truth is stranger than fiction, isn’t it?

You would think the Kardashian and Jenner ladies would bend over backwards to keep Rob away from Blac Chyna and Amber Rose, right? Now, Rob is right where Kim, Kylie, Kris and Khloe DON’T want him – living with Chyna!

Kris Jenner and Kim Kardashian all but turned their backs on Rob Kardashian after the poor guy was hospitalized and diagnosed with diabetes. Khloe came to the rescue, but now Koko wants nothing to do with Robby anymore. The only person who seems to care what happens to Rob is Chyna – and maybe Amber.

Was evicting Rob Kardashian one of the stupidest things Khloe Kardashian has ever done? How can Kim, Kylie, and Kris keep Rob from telling Blac Chyna and Amber Rose all about the nastiest skeletons in the Kardashian-Jenner closets?