BY Renier Palland on May 18, 2016 | Comments: one comment
Related : Kris Jenner, Kylie Jenner 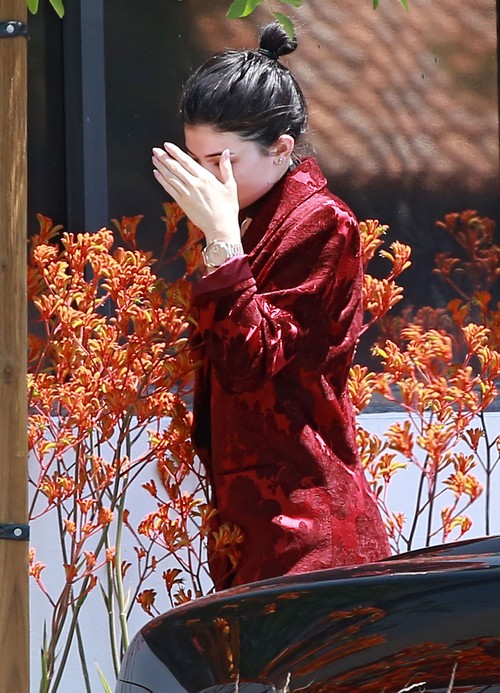 Is Kris Jenner taking over Kylie Jenner’s life or has she always dominated her youngest daughter – from the start of her under-age relationship with Tyga to her first plastic surgery nips and tucks. Hush, little baby, don’t say a word. Mama’s gonna buy you a mockingbird. And if that mockingbird won’t sing, Mama Kris Jenner is gonna buy you a diamond ring.

Less than one week after Kylie Jenner split from Tyga, momager Kris Jenner made it her lifelong goal to find Kylie Jenner a new man. Whether said man is going to be created in a lab is anyone’s guess. Ever since Kylie’s 18-year-old bank account filled up with millions, the youngster made it her mission to be a boring socialite and Kim Kardashian wannabe.

No, it hasn’t. Kylie is still Kylie, whether she likes it or not. She’s still stuck in the maelstrom of mother Kris Jenner’s claws, and escape is nigh impossible. Now that Kris Jenner has taken it on herself to give Kylie the man that she needs, things in the Kardashian household have deteriorated. Actually, I cannot imagine a world where things can be more messed up than in the Kardashian household.

Perhaps things are worse at the Westboro Baptist Church, but I highly doubt it.

See, this is what Kris Jenner does. She sharpens her ready-made claws by digging into the meaty flesh of dramatic situations. It’s what makes her as unique as a Barry Manilow impersonator in the Philippines. Leave the kid alone, Kris. Surely she has enough money and sex appeal to fend for herself. When did this become a monarchical family? When did the matriarch become the Alpha and Omega?

Oh, right, since the start.

A break-up of this magnitude needs time to settle, like dust clouds on a hot Texan day. Now is the time for reflection and Bridget Jones’ Diary reruns and Netflix binging. Who wants a rebound that one’s mother arranged? It is both carnival-esque and absolutely bonkers. Kris, oh meddling Kris, the matriarch, the star of the show, the one and only, when will she learn to stay away from delicate situations?

God woman, let your child grieve the loss of a man named after a tiger. It’s her grief to go through, not yours. The Kardashians suffer from a serious case of Folie à deux (mass hallucination), perhaps it’s time Kris acts her age and allows her kids to make mistakes. It’s normal. It’s human. It’s what a mother – not a momager – should be.

What do you think? Should Kris Jenner intervene? Or should Kylie Jenner be allowed to make her own mistakes? Let us know your thoughts in the comments below.