BY Amanda Austin on May 17, 2016 | Comments: one comment
Related : Alicia Cargile, Kristen Stewart 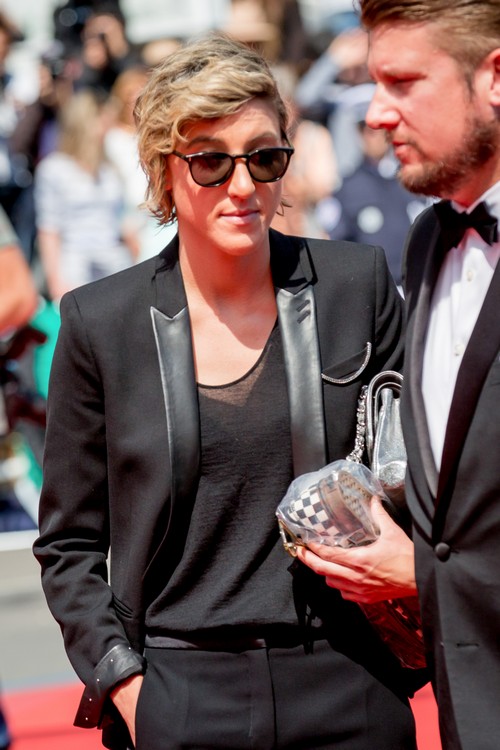 Kristen Stewart and Alicia Cargile are officially back together, the former couple turned heads when they arrived at the Cannes Film Festival together this weekend and walked the red carpet – looking very much like a couple. Later they were spotted at the film festival holding hands.

Obviously when photos of Alicia Cargile and Kristen Stewart walking the red carpet together hit the internet, fans were a bit baffled, it seems like just yesterday K-Stew was dating Soko (literally).

Kristen Stewart and Alicia Cargile reportedly split in the Fall of 2015, although Kristen never actually spoke publicly about their break-up, or their relationship when they were together for that matter, general consensus was that Alicia was smothering Kristen. Not only was Alicia her personal assistant, and with her at work every day, but they also lived together.

And, rumor had it that Alicia was pressuring Kristen Stewart in to a wedding as well.

A few months after Kristen and Alicia’s break-up, Stewart stepped out with French singer Soko. Their relationship lasted a whopping two months, and was over just as quickly as it started. Judging from the relationship timelines, it looks like Kristen Stewart dropped Soko so that she could get back together with Alicia Cargile.

Or maybe Soko dumped her, so Kristen Stewart went running back in to Alicia Cargiles’s open arms.

Maybe this is a sign that Kristen Stewart is finally ready to settle down. Now that she got that little fling with Soko out of her system, the Twilight actress is ready to focus on the future with Alicia Cargile. This looks like a classic case of relationship cold feet. Alicia started talking about taking the next step, and K-Stew probably panicked and ran off to hook up with Soko.

Could there be a wedding in their near future now?

What do you guys think, are you shocked that Kristen Stewart and Alicia Cargile are back together? Do you think that it will last? Share your thoughts in the comments below!