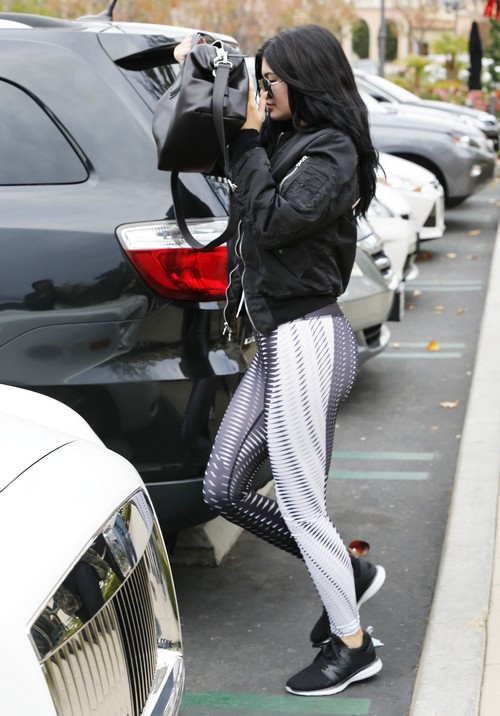 Now that Saint West is here, Kim Kardashian is on a mission to reclaim her body as fast as possible. It’s looking like Kim is doing well in the first weeks after Saint’s birth and is bouncing back faster than she did after having North West.

Kardashian already made it known that getting rid of the baby weight after having Saint West is her number one priority.

In a recent post to her website, Kim Kardashian wrote, “In the next coming months I’d obviously like to shed the baby weight. That’s the big one to accomplish first!” Kim knows that if she wants to stay relevant, then she needs to look better than all of her sisters.

Now that Kylie Jenner has mastered the art of imitating everything her older sister does for attention. That doesn’t mean that Kim won’t pull off an amazing comeback though and it looks like Kylie knows her big sister is serious about taking back that crown.

Is Kylie Jenner nervous about Kim Kardashian’s big comeback? It seems that Jenner’s desperation is showing in some steamy NSFW pictures taken by Sasha Samsonova. In them, Jenner is wearing some very revealing, bondage-inspired lingerie and the images are adult enough to make you forget that Kylie was just a kid until very recently.

To entice fans, Kylie has released a short commercial on YouTube letting everyone know that more of her racy pictures can be seen on her app and website. Both of which require a membership that is not free. Jenner has shared pictures from several photo shoots recently that are definitely making waves.

From the controversial wheelchair spread in Interview magazine to this most recent bondage-themed spectacle, it’s pretty obvious that Kylie Jenner will go to great lengths to make sure that she stays ahead of Kim Kardashian and the rest of her famous family.

The real Kylie Jenner, hiding from a candid photo: FameFlynet