Lamar Odom Drunk, Removed From Recent Flight After Vomiting On Himself: Boozing Too Hard, Life Spins Out Of Control Again? 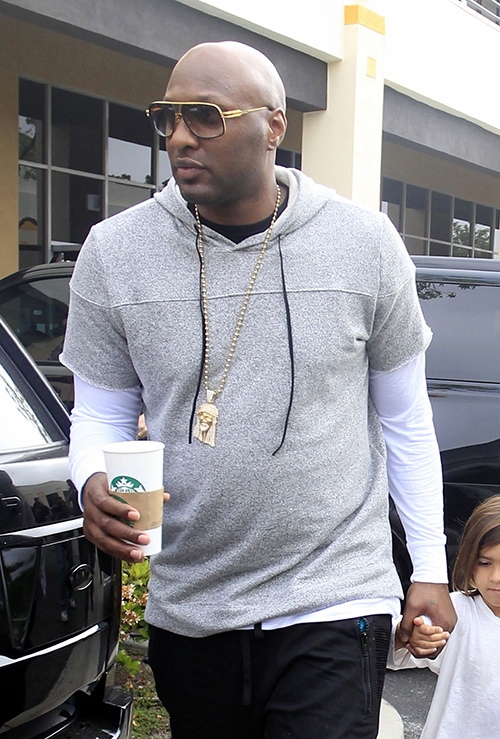 Just when he was given a second chance to clean up his act, it looks like Lamar Odom’s life is spiraling dangerously out of control again after he was caught drunk on a plane – and this time without any of the Kardashian family members in sight. Eyewitnesses reveal that the former NBA star had quite the booze-filled flight on a red eye from Los Angeles to New York City that resulted in him not only pounding down several drinks, but vomiting all over himself as well.

Odom apparently had a hard time showing any self-control when he allegedly had several beers and whiskey at the Delta lounge at LAX before boarding his flight. According to TMZ, two passengers in first class saw Odom vomit in the galley before walking into the bathroom with the door open just to throw up again. To make matters worse, one passenger allegedly told a flight attendant who was caring for Odom, “Don’t you know his history? I don’t want a dead body at 30,000 feet.”

Fortunately, for those on board, Odom was removed from the plane before it took off, which arrived to New York City 40 minutes late. So far, a rep for Odom has not made any comments about the report, although it’s highly likely that the ex-reality television star is having a hard time coping with the fact that his ex-wife Khloe Kardashian is no longer in his life, despite her efforts to remain by his bedside during his hospitalization after he was found nearly unconscious at a Nevada brothel back in October. While he’s managed to walk and talk on his own again, his near-death experience wasn’t enough for him to stay away from his vices.

Khloe Kardashian has remained silent, despite several reports that say Odom has been regularly drinking at bars all around the Hollywood area. In fact, she even filed for divorce a second time around several weeks ago, proving that she is indeed done trying to help Lamar Odom get his life back together again. If his ex-wife doesn’t have the power of strength to help him stay clean, then at this point he has no other option but to seek treatment at a rehabilitation facility for drug and alcohol abuse before it’s too late.

Lamar Odom was once considered one of the most talented players in the NBA. But with his these recent booze-filled and embarrassing episodes, his legacy – and his life for that matter – is in danger of being tarnished for good if he doesn’t get the help he so needs. And fast, too. Unfortunately, though, it doesn’t look like Khloe Kardashian will be there to give him that helping hand he so desperately needs right now.