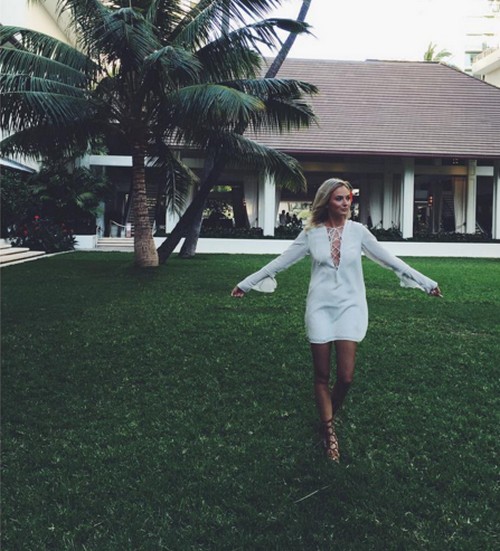 Who won The Bachelor 2016 spoilers tease that the Season 20 winner and Ben Higgins’ final rose recipient is not going to come as a surprise to much of anyone. According to Bachelor guru Reality Steve’s spoilers (which were released weeks before they show began), Ben Higgins gave his final rose to winner Lauren Bushnell – and he and the flight attendant from Portland, Oregon are happily engaged and planning their wedding. But, will they ever make it down the aisle.

The Bachelor 2016 winner spoilers have revealed that Ben Higgins may have made a huge mistake giving his final rose to Lauren Bushnell – because he was not only in love with her, but also in love with Jojo Fletcher.

After the Fantasy Suite Dates, Ben told both Lauren and Jojo that he was in love with them. And an ABC promo video shows the Bachelor having some serious reservations about giving the Neil Lane engagement ring to Lauren B.

What does all of this mean? Well, we’ve never been on The Bachelor – but I can certainly tell you that if I watched a video of my fiancé telling another woman he loved her, and then having to hem and haw THAT long over who to choose – the odds of me marrying him would be slim to none.

Rumors have been floating around for weeks now that Ben Higgins and Lauren Bushnell are no longer even together, sadly we will have to wait until the “After The Final Rose” show to learn their relationship status and get all of our questions answered. But, The Bachelor 2016 spoilers are indicating right now that Ben may have made a huge mistake and chose the wrong Season 20 winner.

What do you think Bachelor fans? Did Ben Higgins choose who won The Bachelor in a clumsy manner – did Ben pick the wrong woman as his 2016 winner? Will he and Lauren Bushnell actually get married? Let us know what you think in the comments below and come back to CDL for ALL your Bachelor news, recaps and spoilers!