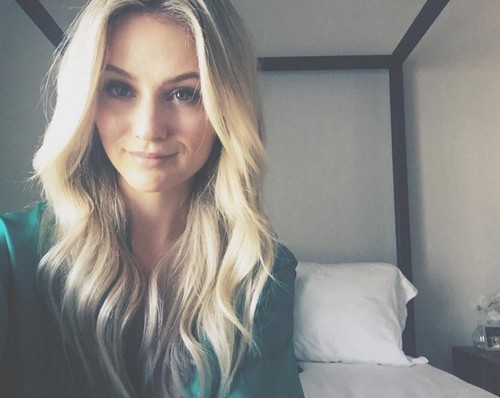 Who is The Bachelor Ben Higgins’ 2016 winner after Fantasy Suite Dates in Jamaica? Season 20 spoilers tease that in just a few short weeks Ben will get down on one knee and ask one of his final three women: Lauren Bushnell, Jojo Fletcher, or Caila Quinn, to marry him.

The Bachelor 2016 spoilers revealed months ago that Caila Quinn and Jojo Fletcher will be dumped after Fantasy Suites and sent home – and The Bachelor will give his final rose to Portland native Lauren Bushnell.

Bachelor blogger Reality Steve released the final rose ceremony spoilers quite a while ago – and fans were skeptical that Lauren B. was the real winner, after all Reality Steve have been wrong in the past. A recent promo video from ABC revealed that Ben Higgins fell in love with Lauren Bushnell AND Jojo Fletcher – and he appears noticeably distraught right before the final rose ceremony.

Rumor has it that Ben Higgins changed his mind more than once the day of the final rose ceremony – and Season 20 spoilers from ABC show The Bachelor calling one of the contestants on his cell phone during the season finale, which is bizarre. Did he send one of the girls home, and then change his mind and call her and ask her to come back?

The Bachelor 2016 spoilers featuring Ben Higgins on his cell phone have spurred rumors on the internet that Reality Steve might be wrong this year. Is it possible that Ben Higgins eliminated Jojo, and then had a change of heart at the last minute and called her and asked her to come back?

What do you think Bachelor fans? Are Reality Steve’s spoilers wrong, is there still a chance that Jojo Fletcher is the Season 20 winner? If Lauren Bushnell is the final rose winner – did Ben Higgins make a mistake? Let us know what you think in the comments below and don’t forget to check CDL daily for all of your The Bachelor 2016 spoilers and news!

Stopped in at Disney to find Mickey Mouse but decided to instead just steal his ears. Share the power of a wish by sharing your Mickey Mouse Ears and every time you do Disney Parks will donate $5 to Make-A-Wish to help enrich the lives of children dealing with life-threatening medical conditions. Don’t forget to hashtag #shareyourears to the post so we can see it!