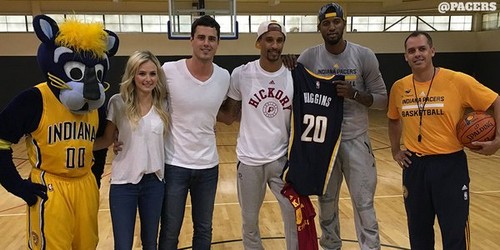 Who Won The Bachelor 2016 spoilers indicate that Ben Higgins had a change of heart when it came to choosing the Season 20 winner. Who is Ben’s fiancée right now – Lauren Bushnell or Jojo Fletcher?

When the first episode of Season 20 of The Bachelor 2016 aired Reality Steve announced that Lauren Bushnell won Ben Higgin’s heart and was the recipient of the Neil Lane engagement ring, final rose and marriage proposal. The Bachelor blogger also revealed that Jojo Fletcher was the other woman in the final two.

But recent Bachelor promos make it look more and more as if Ben decided Jojo is Miss Right – and it may have been a last minute decision on Higgin’s part that Lauren Bushnell isn’t.

Many in Bachelor Nation has begun to think Reality Steve’s “The Bachelor” 2016 revelation that Ben is engaged to Lauren could be wrong – and that he is engaged to Fletcher.

The Bachelor spoilers reveal that Ben didn’t just tell Lauren he loved her before the rose ceremony, but he told Jojo he loved her to. And neither lady knew that Ben whispered those three little words every woman wants to hear from the man she loves to BOTH of them!? In a teaser video Ben Higgins is seen all dressed up in a tuxedo just before the final rose ceremony.

In a strange twist Ben makes a phone call to either Jojo or Lauren – obviously TPTB aren’t going to reveal that much information in a promo video. Odd right? The Bachelor viewers rarely see either the bachelor or the women on their phones.

What happened? Some fans are convinced Ben realized he loved Jojo Fletcher more than Lauren Bushnell, called her on the phone and begged her to come back after cutting her loose. Was Ben Higgins all set get down on one knee, ask alleged winner Lauren Bushnell to marry him, slip an engagement ring on her finger and hand over the final rose?

Did Ben have a change of heart and pull a switcheroo at the very end and is Jojo Fletcher who won The Bachelor 2016? Is Reality Steve’s wrong this time? Let us know what you think in the comments section below and come back to CDL for the latest Bachelor news, gossip and recaps!

Coming together for a quick study sesh with @beccatilley ✌️ #thebachelor   A photo posted by JoJo Fletcher (@joelle_fletcher) on Jan 18, 2016 at 11:57pm PST