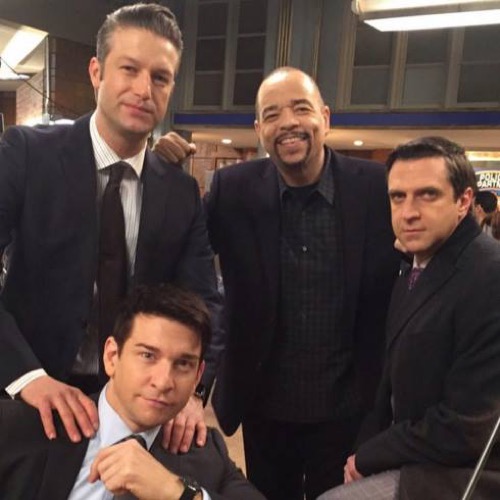 Tonight on NBC Emmy Award-winning producer Dick Wolf’s crime drama, Law & Order: SVU airs with an all Wednesday February 24, season 17 episode 16 called, “Star-Struck Victims.” On tonight’s episode, a famous actor is arrested for rape, but then the charges are dropped due to lack of evidence.

On the last episode, an undercover sting lead to the takedown of an online pedophile ring and the arrest of two high-profile suspects. Did you watch the last episode? If you missed it, we have a full and detailed recap right here for you.

On tonight’s episode as per the NBC synopsis “a famous actor is arrested for rape, but then the charges are dropped due to lack of evidence. However, Rollins isn’t satisfied with that and takes matters into her own hands.”

Tonight’s season 17 episode 16 looks like it is going to be great and you won’t want to miss it, so be sure to tune in for our live coverage of NBC’s Law & Order: SVU at 9:00 PM EST! While you wait for our recap hit the comments and let us know how excited you are about the new season?

On this episode of Law& Order SVU a young woman is taking a video after she has been attacked. She is complaining about the fact that things at the hospital are moving to slow. When Detectives Rollins (Kelly Giddish) and Parissi (Peter Scorivino) show up to question her she sets her phone up to record the questioning and begins to tell them what happened. When she tells them that she has a picture of the man who attacked her on her phone the detectives realize she is recording them. She tells them that she is a blogger and that her followers will want to know what is going on.

Back at the squad room Sgt Olivia Benson (Marissa Hargitay) is talking with one of her detectives fathers. He tells her that his son has learned a lot under her and that he needs to take a higher profile role. Olivia tells him that he is a hard worker and the man asks if she can put in a good word for him when the time comes.

Rollins is watching a video that Kristi made the night before when Olivia comes out of her office and Parissi’s father recognizes the man she is dancing with as Noel Panco. The officers go to speak with Bobby Deminco he tells them that Kristi was “a freak who wanted to service both him and Noel.” He also tells them that “they danced and made out and that it definitely wasn’t her first tag team.”

Back at the squad the detectives are talking and Rollins tells them that Nico could be covering for his childhood buddy Panco. Parissi says that she continued to dance even after she says she was assaulted. Benson tells them that her actions after an assault don’t mean that she wasn’t assaulted. Benson tells Parissi to go get Kristi and find out what she had left out the night they talked to her. Kristi tells them that she went into the bathroom with Bobby and didn’t want his friend to come in have sex with her too. She is adamant that Noel raped her.

Benson pulls the detectives from the room and they meet with ADA Barba (Raul Esperonza) and his boss. After a heated debate the District Attorney tells them that he refuses to proceed with the case because there wasn’t enough evidence. After Kristi leaves there is a heated discussion and Rollins says that something happened to her. Carisi calls her an attention seeker. Olivia says that she has been looking over Kristi’s blog and that she blogs about the parties and celebrities she hangs out with. Suddenly Olivia says that her latest blog had gone viral In the blog Kristi accused the NYPD of “not treating her like a special victim and showing favoritism to a celebrity.”

They go back to talk to Kristi and she tells them that Bobby raped her as well. The detectives go out and talk to Kristi and ask her to take down her blog. She refuses and shows them all of the support that she has gotten. When the detectives go through the blog they discover another victim. They find her and she tells them the same story that Kristi told them.

Back at the squad Amanda is angry because people don’t believe the girl. She accuses the sergeant of being too close to Bobby D’aminco because he and Mike’s father are friends. Mike tells her that while Bobby may be a friend of his dad’s he is no friend of his.

A few days later back at the club it seems that Bobby is at it again. He is chatting up Rollins who has gone undercover and tells him “My mother will flip when she finds out I met you.” She tells him that she is on vacation and Bobby asks if her mother was with her. She laughs and tells him “It wouldn’t be much of a vacation if she came with me.” When Bobby tries to attack her she knees him in the groin. She goes to arrest him and Mike tells her that she can’t because he has already lawyered up.

The next day Olivia is very upset when she finds out that two of her detectives had gone rogue. Barba and Benson meet with Kristi and she is belligerent and angry. Before she goes to trial they take her purse and phone to make sure she doesn’t record the conversation. Barba tells her that he is reconsidering going to trial and that he wanted to prepare her. He tells her that the defense will tear apart her lifestyle and the fact that she Video blogged about the rape and posted it online. Kristi says that she doesn’t care. She tells them “I want to look those two in the eye and tell the jury what they did to me.”

When Kristi gets up on the stand she is questioned about the night she was attacked. She tells them that Bobby and Noel both attacked her. When it comes time for the defense to question her they rip into her about her video blogging. He accuses her of lying. The defense accuses Kristi of making up the story for her blog and uses the number of views that each blog received to illustrate their point. Kristi breaks down on the stand and starts to cry.

On the second day of trial Barba tells Olivia that he is going to try and get the judge to try and get the judge to let him use Rollins video. The defense attorney decides not to call any witnesses. As Barba and Carisi are talking in the hall Olivia comes up and tells them that the jury is back. Later that day the squad is watching the news and the video of Amanda being attacked is leaked to the news. Olivia is furious when she confronts Amanda. Dodd comes in and tells Olivia that he knows who leaked the video. When she asks what Dodd knows he tells her that he doesn’t want to get between her and his father. He then tells her that “Bobby D’aminco got what he deserved.”