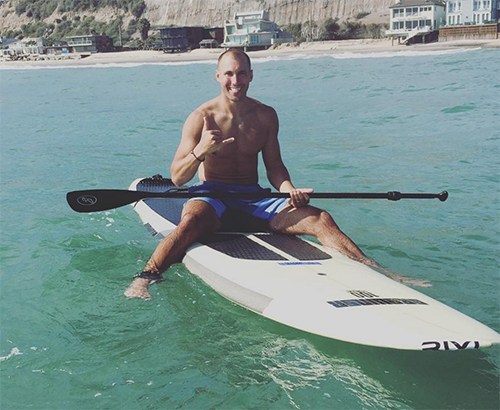 Bachelor In Paradise couple Marcus Grodd and Lacy Faddoul have officially broken up. Marcus says he hasn’t seen her in quite a while and thinks that Lacy is a “runaway bride.” Marcus and Lacy met on Season 1 of Bachelor In Paradise, and the couple were married (or so we thought) in the Season 2 premiere of the show, a year later.

Bachelor fans became suspicious over recent months when the couple stopped mentioning each other on social media. Marcus Grodd sat down with Life & Style Magazine and confirmed that he and Lacy Faddoul have indeed broken up. He assumes they have split anyways. He’s not sure because he hasn’t seen his “wife” in quite a while.

GRodd explained to Life & Style Magazine, “It feels like she’s a runaway bride. We had this fantastic relationship, and then it totally vanished. It was like she ran away.” Marcus went on to say that after they were “married” on ABC by Chris Harrison, he thought they were going to move in together, but Lacy “advised him to find his own place.” Awkward! Can you imagine your wife telling you that she is not going to live with you?

Well, it turns out that Lacy never actually was Marcus Grodd’s wife. The Bachelor In Paradise cast member went on to tell Life & Style that he and Lacy were supposed to do the official paperwork when they got back home from their televised wedding; however, Lacy “stalled” and they never finished the documents. So, all of that fuss the Bachelor franchise has made about the “married” couple is total BS – they were never legally married!

So Bachelor fans, are you shocked by this news? It kind of makes you wonder how many of the other couples that are created by the franchise are total farces…yes, Kaitlyn Bristowe and Shawn Booth, we are referring to you!