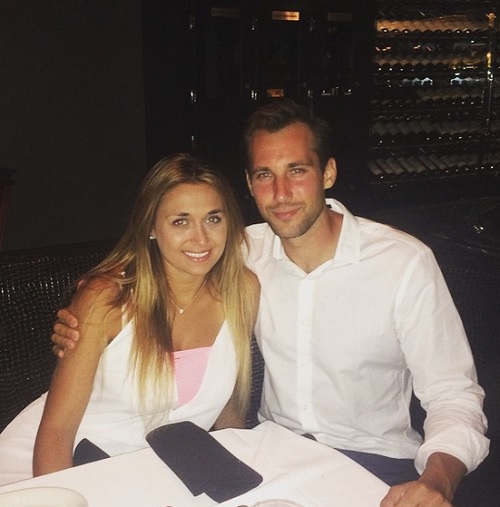 According to Us Weekly, Lacy Faddoul and Marcus Grodd, one of the winning couples from the last season of ABC’s Bachelor in Paradise, have officially tied the knot. Lacy Faddoul and Marcus Grodd was one of the two couples left standing during the spin-off series of The Bachelorette and The Bachelor last year, and now an inside source has revealed that Faddoul and Grodd have finally tied the knot. They have taped their wedding for Bachelor in Paradise season 2.

The couple decided that they wanted to tape their nuptials and show it on TV because the ABC series Bachelor in Paradise has a deep rooted meaning to them, as it was where they first met, and eventually ended up getting engaged. We’re sure the money that they will receive from airing their wedding will help too, but who’s judging?

On Thursday, June 25, Marcus Grodd posted a photo of Lacy Faddoul and captioned it, “Happy 1 year anniversary honey buns! Crazy to think I had a ring in my pocket this time last year without her having a clue. Whatcha getting ready for?”

Lacy Faddoul, a sports medicine manager, opened up about her wedding plans during the Season 19 premiere of the Bachelor in January 2014. She said, “We actually really want to customize our wedding to contribute to the Bachelor Nation. And, so we’re planning in the process and we actually are designing a perfume line. My perfume is actually what I’ll be wearing on my wedding day so I’m really excited about that.” When asked if any of her co-stars would be invited she said, “Clare Crawley, Michelle Money, there are several Bachelor people who will definitely make the list as well as our bridal party.”

Marcus Grodd added that he does not mind helping plan the wedding. He said “I do the magazines, and try to get the Internet searches going,” while his fiancé, now wife, Lacy Faddoul added that Marcus Grodd uses Pinterst to help get ideas for the wedding as well.

Stay tuned for the upcoming season of Bachelor in Paradise, which will air in August 2015, to see the wedding of Marcus Gordd and Lacy Faddoul.