Bachelor In Paradise 2015 Spoilers: Official Cast List Here, Find Out Who Is Returning For Season 2 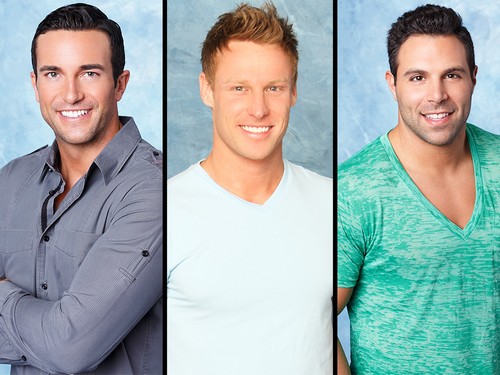 Bachelor In Paradise spoilers tease that The Bachelor spin-off series will return to ABC for a second season on Sunday August 2. Bachelor blogger Reality Steve has been leaking spoilers and possible cast members for Bachelor In Paradise 2015 – but today ABC released the official cast list, and there is no need for any more speculation. Judging from the interesting group of men and women that Chris Harrison and the producers have put together – we are in for another summer of drama.

According to Bachelor In Paradise 2015 spoilers, the majority of the women in Season 2 will be from Chris Soules’ season of The Bachelor. The following women have been asked to return to ABC’s reality TV show franchise for another shot at love:

Jade Roper: Jade could have been Mrs. Chris Soules right about now, however The Bachelor had a change of heart when he learned that there were nude pictures of her all over the internet and she was a former Playboy model.

Carly Waddell: Carly was an aspiring country-music singer and made it pretty far in Chris Soules’s season of The Bachelor, ultimately her catty feud with Britt Nilsson is probably what led to her demise and getting booted off the show.

Jillian Anderson: Jillian didn’t hit it off with Chris, and she rubbed a lot of the other girls on the show the wrong way too. The majority of male viewers didn’t have a problem with her though because she had a tendency to flash her butt every time the cameras were rolling. In conclusion, she’ll be a perfect addition to the Bachelor In Paradise cast.

Ashley Iaconetti: Ashley was a total diva on The Bachelor, if she brings half the drama she did while on Chris Soules’s season then we are in for a treat. She was eliminated during Chris’s super awkward 2-on-1 date in to the Badlands. Lately Ashely has been dating Josh Murray as CDL reported.

Juelia Kinney: Juelia didn’t make it far on The Bachelor, but before she was eliminated she shared a heartfelt story with Chris Soules and revealed that she was a single mother because her fiancé committed suicide.

Clare Crawley: Clare was very publicly dumped in the final rose ceremony by Juan Pablo, and then searched for love with no success last summer on Bachelor In Paradise. She is apparently returning to the show again for Season 2, and giving another search for love a shot. She years she has been a fan favorite among Bachelor Nation, she is single and ready to mingle – again.

So far, there are only three guys confirmed to be appearing on Season 2 of Bachelor In Paradise. Dan Cox, Kirk DeWindt, and Mikey Tenerelli are all confirmed to be joining the show and looking for love this summer. According to the official report from ABC, the rest of the cast of guys will be from Kaitlyn Bristowe’s castaways and they are not releasing their names yet. Will you be tuning in to Season 2 of Bachelor In Paradise? What do you think of the cast? Let us know what you think in the comments below!