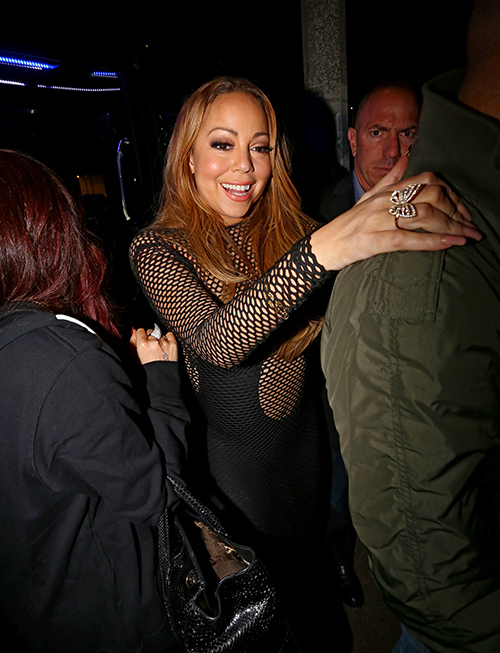 Mariah Carey has postponed her wedding to her billionaire boyfriend James Packer. Believe it or not, there is no trouble in paradise. James Packer doesn’t seem to have any qualms with Mariah Carey’s bizarre behavior, emotional instability, or alleged drinking problems. According to a new report, Mariah desperately wants to marry James Packer, but her ex Nick Cannon is making that virtually impossible and ruining her big plans.

Mariah Carey and Nick Cannon announced their divorce, and confirmed they had split way back in 2014, but the couple is still very much married, despite the fact that they can barely stand to speak to each other. What’s the hold up? Nick Cannon! Apparently, Nick Cannon doesn’t want to be with Mariah Carey, but he doesn’t want her to be with anyone else. The America’s Got Talent host is dragging his feet and throwing every possible legal hurdle Mariah’s way to stall the divorce proceedings.

An inside source dished to Naughty Gossip that Mariah is fuming – she just wants to marry James, and as long as she is still legally married to Nick Cannon, that is not going to happen. The insider explained, “Mariah is heartbroken and cannot understand what Nick is dong. She wants this over now and has told her lawyers that she will not take no for an answer. Mariah is used to getting her own way and is livid that this is taking so long.” The source went on to add, “She is blaming Nick for ruining her big wedding and will never forgive him.”

We have seen some pretty long and messy Hollywood divorces, but you have to admit that two years is ridiculously long, regardless of the circumstances. Do you think that Nick Cannon is doing everything in his power to make sure that Mariah can’t marry James Packer? Or is she being a bit paranoid? Let us know what you think in the comments below!