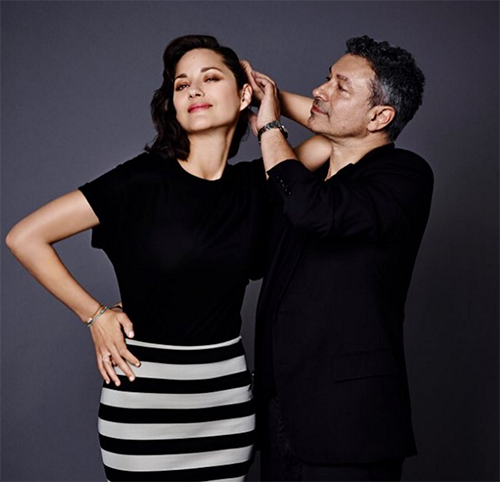 There’s new speculation that Marion Cotillard might be hiding a baby bump. This news surfaces amid reports that the actress played a hand in the demise of Brad Pitt and Angelina Jolie’s marriage. The golden couple has split and is going their separate ways.

Is Marion Cotillard pregnant with Brad Pitt’s baby? Did Angelina file for divorce because Brad cheated on her with Marion? Is the French actress responsible for the demise of Brangelina’s marriage? Of course, no one knows the truth except Angelina, Brad, and Marion, butreports are swirling that the French actress might be carrying the actor’s child.

Marion was last spotted at the red carpet premiere of her latest film, “It’s Only The End Of the World” at the Mk2 Bibliotheque in Paris last week. Marion fueled the pregnancy rumors by wearing a loose-fitting Christian Dior ensemble that included a large coat covering her midsection.

Of course, if Marion Cotillard’s pregnancy rumors are proven to be true, it will be devastating news for Angelina Jolie. A baby would definitely damage her public reputation for good. Angelina has long worked hard to portray a picture-perfect marriage and family to the media and now that she’s filed for divorce. The cracks in her foundation are beginning to show.

While there’s no doubt that Angelina is livid over the cheating buzz, should she really be surprised? The actress has long been accused of destroying Brad Pitt and Jennifer Aniston’s marriage when she began her affair with the actor back in 2005. And it didn’t take very long for Angelina to fall pregnant with Brad’s baby before the ink could even dry on his Jennifer Aniston divorce papers.

If that weren’t enough, the French media is also reporting that Marion Cotillard is pregnant. Marion’s rep was forced to issue a statement by saying, “I do not comment on her personal life.” Without a confirmation or denial, it’s safe to say that there definitely is something suspicious going on with Marion. And while the actress is married to her husband, Guillaume Canet, with a child of their own, no one knows for sure if she is indeed carrying Brad Pitt’s baby.

What we do know is that this might very well be the messiest celebrity divorce in years, as Angelina Jolie is surely determined to seek her revenge if Brad’s cheating shenanigans are proven to be true. Stay tuned with CDL for all the latest news and updates on Angelina Jolie, Brad Pitt, and Marion Cotillard right here.