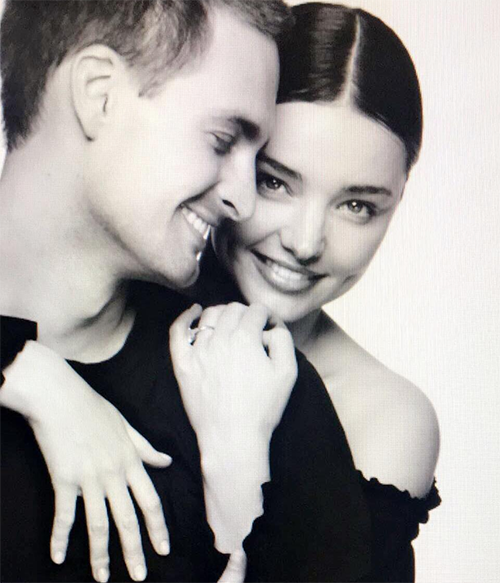 There are new breaking reports that indicate one person has been shot and another stabbed at Miranda Kerr’s Malibu mansion. According to TMZ, sources say that there was a confrontation at the model’s home that has left two people hospitalized. The site says that a security guard confronted an intruder who hopped the fence.

The intruder allegedly stabbed the guard in his eye and the guard responded by shooting him with his gun. One bullet entered his head. Both the intruder and the guard are currently being treated at a local Los Angeles hospital. The guard, whose name has not been released, was airlifted from the scene by the Los Angeles County Sheriff’s department.

So far, reports are yet to indicate why the intruder was on the property. Back in 2013, Miranda Kerr’s stalker, Steven C. Swanson, was arrested after he planned to travel to Los Angeles from Massachusetts with a gun to ‘save’ the Australian-born model. He wanted to apparently rescue the model, who he called his ‘wife’ and personal soul mate.

Miranda Kerr is engaged to Snapchat CEO Evan Spiegel. The billionaire reportedly gave his future wife a $12 million dollar mansion in Los Angeles’ Brentwood neighborhood. Sources say that neither the model nor her 5-year-old son Flynn, who she shares with her ex-husband Orlando Bloom, were at home during the alleged incident.

So far, Miranda Kerr herself has not made any comments about the attack. Keep up with CDL for all the latest news and updates on the case along with all of your favorite celebs right here.

Show your support by sharing your knot, pledging to never forget elephants and donating to the @elephantcrisisfund #knotonmyplanet KnotOnMyPlanet.org