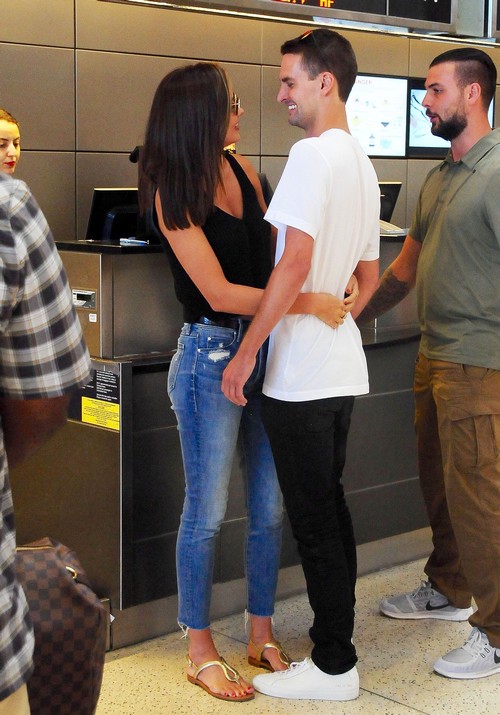 A Miranda Kerr wedding will definitely be the talk of the town, especially since she’s currently dating one of the richest men in the world right now. In fact, everyone seems to be wondering exactly when a Miranda Kerr and Evan Spiegal wedding will take place as there’s a new rumor that says the CEO of Snapchat is currently ring shopping for his supermodel girlfriend.

Miranda Kerr’s first marriage to ex-husband Orlando Bloom fell apart back in 2013. Even though the ex-couple share custody of their 5-year-old son Flynn together, many insiders have said that Miranda Kerr pulled the plug on their marriage simply because Orlando Bloom’s movie career hasn’t been as hot as it once was.

Sure, he’s known for his ‘Lord of the Rings’ role, but he’s not the Hollywood hunk he used to be, even though he’s been linked to a string of brunette beauties, including Kendall Jenner, Selena Gomez and Katy Perry in recent years.

As far as Miranda though, close friends say she is completely “smitten” with Evan Spiegel and that if he were to throw her an “extravagant wedding, in true Evan style,” the Aussie-born beauty “certainly wouldn’t mind.” One source told Us Weekly, “Evan is ready to take the next step. They are both completely smitten and Evan’s starting to look at rings.”

Yet, Evan Spiegel isn’t the first billionaire Miranda Kerr has set her eyes on. Before dating the 26-year-old Snapchat CEO, the model was linked to Australian billionaire James Packer, who is currently engaged to singer Mariah Carey. Clearly, Miranda Kerr has quite the taste in men, and it’s an expensive one, too!

So far, Miranda Kerr and Evan Spiegel have not made any comments about the engagement chatter, nor have they said anything about future wedding plans, either. Evan Spiegel, after all, is still quite young and successful and if there’s anyone who is putting pressure on him to settle down, it’s Miranda Kerr herself.

Just like her ex Orlando Bloom, her career isn’t what it used to be, so marrying an uber rich and handsome young man seems like the most logical step for her. What do you think, CDL readers? Is a Miranda Kerr and Evan Spiegel wedding in the works or is the young Snapchat CEO not ready to tie the knot and become a stepfather just yet? Let us know your thoughts in our comments section.