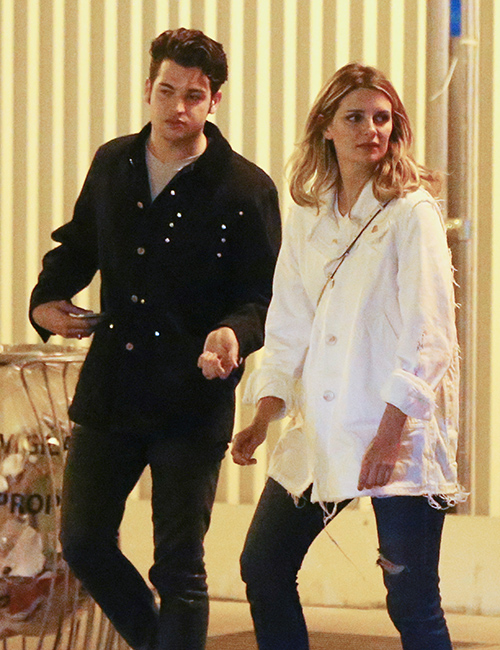 Is Mischa Barton dating a man close to Soko, the French singer who was most recently linked to Kristen Stewart? While we don’t have much information on Barton’s current romantic standing, she was spotted in Paris attending a fair alongside Soko’s merry band of friends. Something might be starting between the two.

Mischa was most recently in the news after one of her Instagram posts – since having been deleted – caused some controversy. The actress posted a photo of herself in a bikini alongside a commentary on the recent police shootings. She said, “I’m truly heartbroken to watch videos like the #altonsterling execution. This may have been going on forever in the United States but thank god the pigs get caught on camera now. Its unthinkable and an embarrassment to America.”

Her commentary continued: “The country I was brought up in. Somebody make change. We need gun control and unity. And a real President so think about that when this election is around the corner. The world is a precarious place right now. #stop #reflect and #act appropriately.”

She released an apology via social media saying that she’s “not perfect” and that she’s sorry her statements were taken out of context.

What do you make of Mischa dating someone in Soko’s crew? There’s also the possibility that Mischa and Soko are dating. Soko has a history of dating women and, while Misha is no Kristen Stewart, maybe her and Mischa are doing more than just attending a fun fair together. There’s also the possibility – a reality we WILL consider – that Mischa isn’t involved with anyone in Soko’s crew and that she was just buddying around with them while visiting Paris.

Leave your thoughts in the comments section below and let us know what you think. Keep checking CDL for all your celebrity news and updates, including information regarding this lead!

“Mischa Barton, the French musician and actress SoKo and her band and friends are seen going to the fair in Paris, France on July 6th, 2016. Earlier today Mischa Barton was slammed for an insensitive social media tribute to Alton Sterling who was shot dead by police in Baton Rouge.”