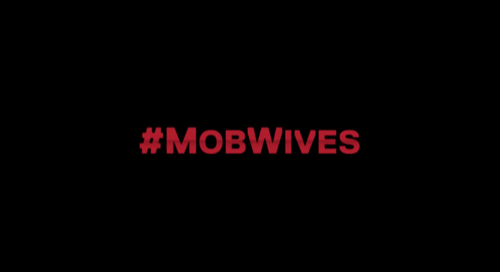 Tonight on VH1 their docu-soap series Mob Wives continues with an all new Wednesday February 17, season 6 episode 7 called “Exes and Whys,” and we have your weekly recap below. On tonight’s episode Ang receives news that exposes the cracks in her marriage; Brittany Fogarty’s issues with Renee Graziano and Carla Facciolo create a stronger alliance with Drita D’Avanzo.

On the last episode, Marissa and Brittany waged war on each other; Drita searched for inspiration for her book and Lee’s blessing; Ang receives news. Did you watch the last episode? If you missed it, we have a full and detailed recap right here for you.

On tonight’s episode as per the VH1 synopsis, “Ang receives news that exposes the cracks in her marriage; Brittany’s issues with Renee and Carla create a stronger alliance with Drita; a rumor reopens the feud between Drita and Karen.”

Tonight’s episode is going to be another drama packed one, which you don’t want to miss. So be sure to tune in for our live coverage of VH1′s Mob Wives season 6 episode 7 at 10PM EST! While you wait for our recap, hit the comments and let us know how excited you are about the new episode of Mob Wives tonight. Down below sound off and tell us what you think of Mob Wives season 6 so far!

This week on Mob Wives Carla invites all the girls to a Cyclones baseball game. Carla says that the group needs to get together and have fun. Unfortunately the outing quickly dissolves when the women confront Brittany about the confrontation with Marissa. Brittany gets angry and says that “she is not a child and will handle the situation her own way.” An argument ensues and the ladies tell Brittany that she is wrong for the way that she came at Marissa. Brittany feels that the ladies have no right to tell her how to handle the situation and tells them so.

Marissa is getting her hair done and the hair dresser asks her about the situation with Brittany. Marissa says that “Brittany is a disrespectful troll who always has Drita in her ear.” Marissa feels that Drita should have had her back over Brittany’s since their men run in the same crew. She says that she still wants to try and be friends with Drita because she hasn’t done anything to make her want to hit her yet.

Ang goes to the hospital to get the results of her lung biopsy. Neal isn’t with her because he has to work. The Dr. tells her that there is a small spot of cancer on her lung and that it is easily treatable but they need to remove it quickly. Ang is very upset because after having to have surgery to treat her throat cancer she does not want to have anymore surgery. She also feels alone because, despite Neal telling her that they are in this together she feels like she is all alone because he wasn’t at the Dr. with her.

Brittany is getting ready to do a shoot to update her portfolio for New York fashion week. Drita shows up to help Brittany with her makeup and asks her if she is good with everyone after the fight at the baseball game. Drita tells her that “she has been there herself and that she understands.” Drita tells her that Renee and Carla love to ambush and gang up on people. Brittany says that Renee and Carla are instigators.

Karen, Carla and Marissa meet up for drinks and they discuss the issue with Brittany. Karen tells them that Brittany calls her disloyal. Marissa says that Drita has been saying that Marissa’s and Brittany’s boyfriends have been having conversations. She tells the girls that if he gets caught talking to another felon he could go back to jail. Karen says that she “thought Drita was a real friend but has since learned that she is a troublemaker.” Marissa and Carla agree with her. She also tells Carla and Marissa that Drita “has other people do her dirty work for her and that now Brittany is doing it.” She tells Marissa that the best way to deal with Drita is to confront her.”

Carla and Renee meet up and discuss the situation with Brittany and Marissa. Carla says that “Drita doesn’t like Marissa but won’t confront her because of the relationship their men have with each other. Carla is angry that her relationship with her ex husband has deteriorated and she is feeling left out of some of the stuff that her kids are doing when they are with their father. Renee tells her to call Joe and tell him how she feels.

Drita and Marissa meet up to discuss the issues between Marissa and Brittany. Marissa tells Drita that she feels that she should’ve had Marissa’s back during the arguments with Brittany. She also tells her that there is word out that Lee and O had a conversation about trying to get Marissa and Brittany to “play nice.” Drita appears shocked and denies ever having said that. She tells Marissa that the only person that rumor could’ve come from was Karen because Karen is obsessed with her husband and “All she does is talk about my marriage.”

Brittany shows up at Drita’s house to hang out. Brittany tells Drita that she has a gala show this week and she wants to invite her and Ang and possibly Karen. Brittany tells her about her meeting with Marissa and Drita tells her about Marissa’s accusations about the men. Drita says that “Karen is obsessed with Lee and that she is jealous that Drita and Lee are happy.” Drita says that Karen needs to get over it and move on. She also tells Brittany that she “doesn’t want to punch Karen in the face, but when you talk about someone I love it causes me to snap.” Brittany says that “it sounds like Karen is obsessed and needs to move on.”

Ang is still upset that Neil wasn’t with her at the lung doctor. Ang tells Neil that he knew that she had an appointment and is pissed because he missed the appointment. Ang and Neil argue about paying the bills and tells him that she wants him to take his insurance out of her name. She tells Neil that she doesn’t want him anymore and wants him to move out. Neil says that he “is not leaving with six dollars in his pocket.” The argument intensifies and Ang tells him to “go live with his mother since he is not contributing to the household and paying any bills.” Neil says that he “doesn’t want to live with his mother.” Ang tells him again to get out and Neil hops in his truck and speeds off.

At Brittany’s fashion gala she is excited and also nervous to see what happens when Karen and Drita come face to face. Karen decides to go to the gala despite the drama. Drita says that “she knows Karen is still spreading rumors about her and her husband so she had better stay away from her tonight.” Karen and Drita glare at each other from across the room. Drita decides not to confront Karen that night but says “The next time that Karen talks about her or her husband she will drop her.”