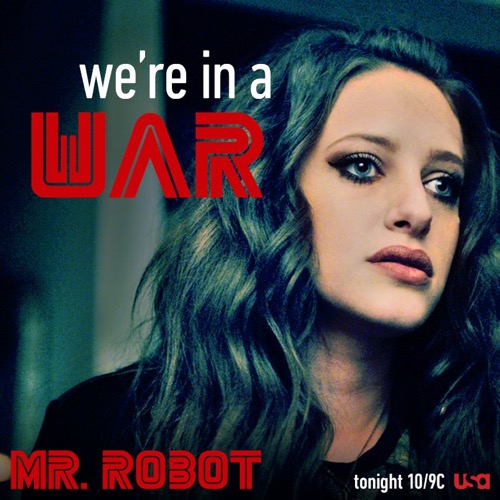 Mr. Robot returns to the USA network tonight with an all new Wednesday, July 20, season 2 episode 3 called, “eps2.1_k3rnel-pan1c.ksd,” and we’ve got your Mr. Robot recap down below! On this evening’s episode, Elliot (Rami Malek) vows to beat Mr. Robot; Angela (Portia Doubleday) gets a glimpse behind the curtain at E Corp

On the last episode, the Season 2 premiere found Elliot in seclusion; Angela happy at E Corp; and fsociety delivering a malicious payload. Did you miss the last episode? We’ve got your detailed Mr. Robot recap right here.

On tonight’s episode per the USA synopsis “Elliot vows to beat Mr. Robot; Angela gets a glimpse behind the curtain at E Corp; and fsociety stirs up trouble.”

Elliot believes that Tyrell Wellick had called him last week however he couldn’t be sure about that or anything else on tonight’s episode of “Mr. Robot”.

Tyrell had unfortunately disappeared after fsociety’s attack on Evil Corp. So Elliot doesn’t know what happened after they last spoke or if Tyrell was really calling him, but he wanted to believe that the conversation was real and that he wasn’t imaging it because he didn’t want to think about the other possibility. Like maybe Mr. Robot had killed Tyrell to keep their secret. Though, because he hadn’t been sure, Elliot had tried questioning Tyrell and he asked about what happened that as well as where he was. And unfortunately, Elliot never got the chance to figure out whether or not his conversation with Tyrell was real because Mr. Robot had intervened.

Mr. Robot had caused him to hang up the phone. So there was still a chance that his conversation with Tyrell hadn’t been real though there was also the option that Mr. Robot had hung up because there was something else that he thought Elliot shouldn’t find out about. However, that made Elliot more determined than ever to drown the Mr. Robot persona so he saw his friend Leon and got his hands on a bunch of pills. Pills that made him believe that he could numb himself into Mr. Robot less dangerous. And so Elliot had been focusing on getting rid of Mr. Robot when out of nowhere he got dragged off to an unmarked black SUV.

The car and the people that seemingly didn’t want to answer any of his questions had taken Elliott to a parking garage where they began mixing cement. Yet, Elliot hadn’t been dropped into cement or killed. He had actually been force-fed the cement until it made him sick and it wasn’t until he was vomiting all of the pills that he came out of the delusion. There was in fact, no SVU or men in black men trying to force-fed him. It had just been Mr. Robot who had gotten Elliot to vomit up all of his pills. So Elliot decided to resist his darker persona by rummaging through the vomit itself in order to find his pills and swallow them again. And that’s exactly what he did.

But that doesn’t mean his fight with Mr. Robot was over or that he shouldn’t be alarmed by what Mr. Robot could do. A member of fsoceity had been targeted at their house and it seems that someone had bludgeoned him to death with an object of some kind from behind. So fsociety and Darlene were worried about who could have killed one of their own although Darlene had naturally been quick in wanting to move on. She had felt bad of course and she did wonder what happened in case it might lead back to fsociety however she’s also gotten caught up with the war at head with Evil Corp.

Evil Corp was still trying to remain in control and so Darlene felt that they should still focus on taking them down. However, some of the original members of fsoceity didn’t want to think about Evil Corp just then. They had wanted to talk about Romero. Romero had been the one that had helped them scout the location for fsociety and he had been one of their core leaders since the beginning. So it was Romero’s friends that wanted to discuss what happened to him and someone had mentioned a rather unfortunate possibility. Mobley had asked Darlene if there was a chance that the Dark Army was behind Romero’s death and Darlene had done her best to shut that down.

Darlene had said that the Dark Army wouldn’t have even known about Romero because she was the only one in contact with them and she hadn’t told them about who else was in fsociety. Though Mobley pointed out that Darlene wasn’t the only person the Dark Army has talked to. So he mentioned her brother and that had made Darlene defensive. Darlene said that there was no way Elliot would do that to them so she had left Mobley and Trenton in a huff because she truly didn’t think that her brother had gotten Romero killed.

Mobley on the other hand, wasn’t so sure. Mobley and Trenton had kept talking after Darlene left so they had talked about Elliot. He had reminded Trenton that Elliot had once gone off the deep end and even pulled a gun on them. So he said that shouldn’t trust Darlene or her crazy brother because they might try pinning the financial crisis on them and they wouldn’t be able to defend themselves if they were both death. But even though she said that she was going to talk to her brother, Darlene hadn’t actually gone to see Elliot because if she did then she would have realized how much he had gone off the deep end again.

Elliot had apparently been taking as many pills as he could so he had gone days without sleeping. Although at first it hadn’t affected him so much because he had thought that he was being more productive than ever. So he hadn’t noticed that there was a problem until he though people were talking backward and his mind wasn’t comprehending what was happening so Elliot was in a free-fall until he eventually ran out of pills. And when that happened, his mind slowly began to turn itself back on.

When Elliot’s mind began returning to normal or his normal anyways, there were a few minor hiccups that happened because he wasn’t sure if he had said things to himself or out loud. So the first time Elliot realized that he hadn’t fully regain control was when he attended a group session at the local church and called god someone’s imaginary friend. Though the way Elliot put it which was if he couldn’t talk to his own imaginary friend then why should anyone else be allowed to was in fact, a little more than just a hiccup. And so that might have cost Elliot his future group sessions in the church’s basement while at the same time that incident gave Ray just the opening he needed.

Ray was a shady character in the neighborhood and he was also the one that had tried to hire Elliot for a job earlier. So Elliot had already told Ray that he wasn’t interested and he had made it clear in his own Elliot way that he wasn’t looking for friends. Yet, Ray just wasn’t getting the hint. He wanted Elliot for something and so he kept pursuing him and that whole debacle at the church had helped him out because he had later gone to Elliot and said that sometimes people thought he was crazy too. Ray’s wife had passed away and apparently he still talks to her as if she was alive so he had told Elliot that he knew what grief could do.

And Elliot was in fact grieving. Elliot had heard about what happened to Gideon Goddard and he had blamed Mr. Robot for him. So one of the reasons Elliot wants to get rid of Mr. Robot was because he didn’t want to hurt anyone else. But Elliot wasn’t sure if he could trust Ray or let Ray in on his own brand of crazy so he decided to feel the other man out. And even considering Ray’s advice about not pushing the person he was running from away.

In the meantime, however, the FBI were looking into Romero’s death and Dominique DiPierro was paying close attention to who Romero was. Romero had a computer that self-combusted when several FBI agents tried to taper with it. So that was something out of the usual and another thing that ended up sticking with Dominique was that Romero didn’t appear to speak with or visit anyone else besides his own mother. A woman that only agreed to talk to Dominque after the younger woman offered to roll up her weed for her.

So while she had been at Romero’s mother’s home, Dominque came across some fliers and those led to her finding fsociety’s old arcade hideout.