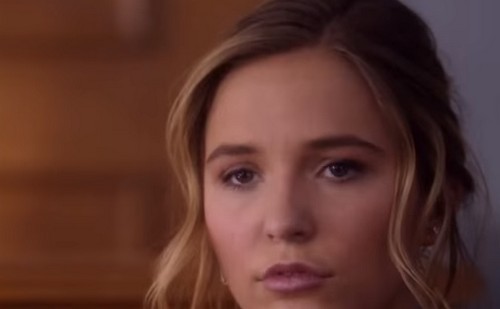 Nashville Season 4 Episode 18 Spoilers and Synopsis for next week’s episode on Wednesday May 4 “The Trouble with the Truth” reveal that Rayna James (Connie Britton) and Deacon Claybourne (Charles Esten) must face off with their daughter Maddie Conrad (Lennon Stella) in court over her emancipation.

Nashville spoilers say their court battle may be worse than expected because Deacon’s business partner Frankie Gray (Mark Collie) is taking sides after Deacon badmouths daughter Cash Gray (Jessy Schram) to Frankie’s face. Deacon and Frankie get into an altercation.

This results in Frankie telling people that Deacon tried to kill him. That, combined with the video of Deacon snatching Maddie offstage at the club makes him look like a volatile out-of-control parent who may not be the best choice for Maddie.

In court, Maddie will be asked about her relationship with Deacon and whether his behavior scares her. She lists off several incidents and Rayna’s lawyer says they can’t stop this line of questioning. Will Maddie testify that she’s scared of her father?

Meanwhile, Juliette Barnes (Hayden Panettiere) rants when she finds out Layla Grant (Aubrey Peeples) and Avery Barkley (Jonathan Jackson) are sleeping together and calls it a psychotic form of revenge – but this makes Juliette sound nuts.

Does Juliette know that Layla discovered the dirty details of Jeff Fordham’s (Oliver Hudson) untimely death? Juliette goes nuts and tells Glenn Goodman (Ed Amatrudo) that Layla is trying to steal her life –but there seems to be genuine affection between Avery and Layla.

Scarlett O’Connor (Clare Bowen) and Gunnar Scott (Sam Palladio) are recoupled but then they disagree in a media interview about their musical history together. Plus, will Autumn Chase (Alicia Witt) fire them once she finds out Gunnar and Scarlett are back together?

Will Lexington (Chris Carmack) career still suffers despite Luke Wheeler’s (Will Chase) Good Morning America blitz on his behalf. But could there be more to this? Is Ken Devine (Michael Lowry) sabotaging Will’s career because of his own homophobia?

Or is Ken just trying to protect Luke’s best interests? Luke will face backlash from radio programmers for calling them out for not playing openly gay Will’s music and his own career may suffer but Luke seems to be committed.

Guest stars on Nashville Season 4 Episode 18 include Extra’s Mario Lopez and Charissa Thompson and country star Kelsea Ballerini play themselves. Don’t miss any of the Wednesday May 4 episode of the ABC prime time drama and check back with CDL for live recaps of Nashville every week.