‘Nashville’ spoilers for season 5 come from a sneak peek behind the scenes trailer released by CMT. Nashies will get a look at what’s been going on since filming began as well a quick look at Juliette Barnes’ [Hayden Panettiere] plane crash and the aftermath which follows.

According to the video clip the cast and crew spend two days shooting footage for the “beautiful new #NashvilleCMT promos.” Nashies, get a quick peek at your favorite ‘Nashville’ season 5 hunks in this spoiler promo. Charles Esten [Deacon Claybourne], Jonathan Jackson [Avery Barker] and Chris Carmack [Will Lexington] are featured in the quick clip.

Rayna Jaymes’ [Connie Britton] little girls Maddie Conrad [Lennon Stella] and Daphne Conrad [Maisy Stella] have grown up quickly. Is there romance in the air as Gunnar Scott [Sam Palladio] and Scarlett O’Connor [Clare Bowen] reunite? Is it work, personal or both?

CMT gave Nashies another look at ‘Nashville’ season 5 with another spoiler clip. This one focuses in on Juliette’s plane crash and the fear the young wife, mother and singer must have felt as her life flashed before her eyes. From the looks of it, Avery will be stunned that Juliette is alive and rush to her side. 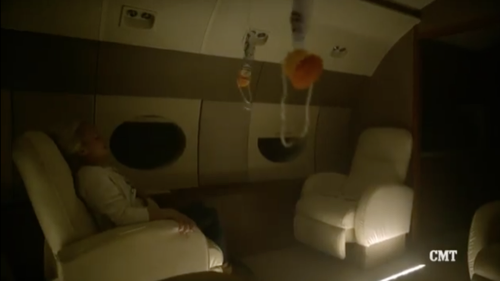 Mark your calendar and set your DVR for Thursday January 5. “The music, the drama, all the things you love! ‘Nashville’ is back” with a 2-hour premiere event on CMT.