NCIS: Los Angeles LIVE Recap – Season 8 Episode 6 “Home Is Where the Heart Is” 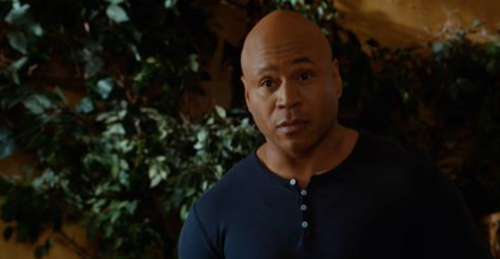 Tonight on CBS NCIS: Los Angeles returns with an all new Monday, October 30, 2016, season 8 episode 6 called, “Home Is Where the Heart Is” and we have your weekly NCIS: Los Angeles recap below. On tonight’s NCIS Los Angeles episode, Sam (LL COOL J) must decide which colleague he should take to a football game.

On the last episode, the murder of a navy machinist with high-security clearance sent the team on a city-wide hunt tracking evidence.  Did you watch the episode?  If you missed it we have a full and detailed recap, right here!

On tonight’s episode as per the CBS synopsis, “After a maintenance man saved the life of a lieutenant commander, the NCIS team uncovers his dark past which puts a local teenager in danger. Also, Sam (LL COOL J) must decide which colleague to take to the Los Angeles football game.”

A young couple were enjoying a romantic night at home when they heard an intruder in the house and had tried to defend themselves. Navy Lieutenant Commander George Owen had made sure that his girlfriend Ann was safely in the closet and he had left her with a cell phone to call 911 while he confronted the intruder by himself.

However, the intruder had come close to killing the naval officer and there was a chance that he would have hurt Ann as well if a good Samaritan hadn’t stepped in to help That man had been the maintenance man for their condo, but there had been something off about him.

There was technically not a lot of maintenance people around that showed military experience or that were formerly trained to kill. But that’s why NCIS became involved. They knew that were something more to John Martin’s story than he was willing to let on and so both Sam and Callen had been the ones that were assigned to talk to John.

Only that wasn’t a possibility for them. John hadn’t been around when they went looking for him and a search of John’s apartment also brought up more questions. The apartment had been devoid of all personal affects and eventually the guys found some of John’s weapons.

John had apparently owned military grade weapons that could kill in high numbers. So that led to everyone to question who John Martin really was. He had helped Owens and his girlfriend, he had a low profile that he had maintained for the last eight years, and yet he had all the appearances of being a sleeper agent.

Though NCIS knew that wouldn’t figure out the mystery of who John was until they talked to him so they tried to find him and found out that he had a special interest in a teenager. The teenager’s name was Carla and she had come home early from school because she wasn’t feeling well. And so NCIS had figured out that she was safe, but couldn’t understand John.

John had still gone to Carla’s school and so they questioned if he possibly didn’t know that Carla had come home early Yet, something strange happened as Sam and Callen were keeping close tabs on John. John had been attacked by some strange wielding a syringe and so the guys took action however they were only able to arrest John because the other man had gotten away.

So they had then tried to ask John about the Carla and John had claimed to be entirely ignorant of who she was despite having a newspaper clipping of her in his apartment. And therefore there had been nothing for the guys to do until they managed to find one crack in John’s armor.

John could hide the fact that he was interested in Carla and he could also pretend that he didn’t know why he had been attacked. However, NCIS were threatening to hold onto him and he couldn’t afford to waste time as long as Carla was out there unprotected. So John eventually told the guys the truth for once.

He admitted that he was ex-Mossad which was basically like the CIA for Israel and John had also said that he had quit after making a very dangerous enemy. John had said that he brought in a former Kidon soldier by the name of David Fisch and that Fisch had managed to escape before going to trial so John had been forced to go into hiding.

John had said that Fisch was a dangerous man and that he couldn’t afford to let him find him or his family. So John’s connection to Carla suddenly became clearer. Carla was John’s daughter and was therefore his weakness. John would do anything for his daughter if she was in danger and she didn’t even know that he had been watching over her for the eight years.

Carla’s mother had apparently gotten fed up with being married to a Mossad Agent and she had left him when Carla was a baby so Carla thought her father had abandoned her. But he didn’t and he was still trying to protect her when his cover was blown by saying a naval officer’s life.

What John had done had gotten on the news because it had been so heroic and unfortunately news travel fast. So John knew that his daughter was in danger and couldn’t afford to waster anytime with NCIS. Though NCIS had tried to help John by sending Anna and Nell to go pick up Carla because they realized that John had been telling the truth when he said that his daughter was in danger yet the ladies had nearly gotten themselves blown up.

Fisch had already sent one of his dogs to kidnap Carla and so blowing up her apartment that she shared with her mother had simply been his way of telling the US federal agents to back off. And Granger had wanted to agree.

Granger had originally said that John’s problem wasn’t for them to deal with and so he had only reluctantly agreed with the guys when it was federal agents that were nearly getting blown up. Yet, everyone had same problem. They had all wanted to find Carla and they knew the best way to do that was by dangling John in front of his enemies.

So NCIS had allowed John to pick up a message that Fisch had left for him and then they had followed John to water plant, but there had still been some unfortunate surprises. Fish had wanted John and it wasn’t until that John had offered himself off that it was revealed that Carla was in one of the water’s drums. And no one knew how long she had been there.

Carla have been put in a drum an hour ago or when she had been first taken. So what Sam, Callen, Deeks, and Anna had tried to look first was a sign of life. They had called out her name and had tried to tap the many drums to see if someone could tap back. However, the tap they received was barely a tap.

Carla had been so weakened that she couldn’t really answer and by time the guys had reached it had almost been too late. She had almost drowned yet Sam had did CPR on her and she had been in the clear when she was later taken to the hospital. And so all NCIS had to worry about was finding John before Fisch could kill him.

They knew that Fisch had been looking for John for a long time and that it had been personal. So the conclusions they had drawn had been right when they eventually found John being slowly tortured to death. But John was rescued and he had even been allowed to see Carla who had remembered him and didn’t what had changed for her dad to suddenly come back.

Only it wasn’t what happened to her that had made John reveal himself, it was simply Callen. Callen and Jong had apparently talked about it and Callen had said that the only thing Carla needed now was her father. The rest on the other hand could be figured out at another time. And so John was finally getting back what had been almost stolen from him.

Though there was one thing that needed to be settled. Kensi had woken up recently and Deeks was trying to be supportive however she was pushing him and everyone else away because she hated that she couldn’t’ do thing like she would have before the coma. So Kensi was in a negative headspace and there didn’t appear to be anyone that could reach out to her or remind how she’s more than just a federal agent. And that she was something they all love.