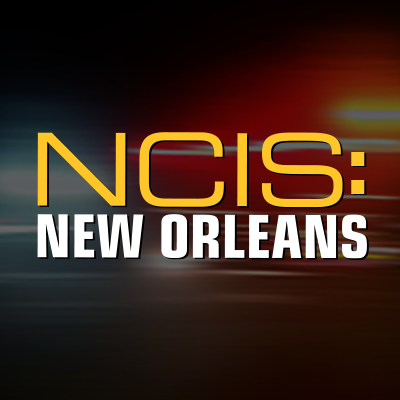 Did you watch the NCIS New Orleans season 2 finale where the team exposed a spy and a massive security breach? If you missed it, we have a full and detailed NCIS New Orleans recap right here for you.

On tonight’s NCIS New Orleans episode as per the CBS synopsis, “The NCIS team partners with several federal agencies to track a sniper who is targeting crowded events in the city. Also, FBI Special Agent Tammy Gregorio (new cast member Vanessa Ferlito) arrives to investigate Pride and his team.”

A sniper was terrorizing NOLA on tonight’s all new episode of “NCIS: New Orleans” and apparently it wasn’t the first time that the city had to deal with a crazed sniper.

There had been another sniper some forty years ago that had left the city on edge and the memory of it had stuck with Pride. Pride had remembered how scared his mother had been at the time and how she hadn’t even wanted any members of her family to be outside until the sniper was caught. But this latest case of mass shooting was different because of the technology they now had. So Pride was hoping that would make capturing the sniper easier yet he hadn’t been prepared for what the initial analysis told them. Sebastian and Loretta’s first thought about the shooting was that their sniper hadn’t been shooting just randomly. They believed he had been aiming for the people he hit and so they wanted to know why he had killed a Naval Master Chief.

The Officer as well as many others had attending a parade for Fall Fest when the shooting began. However, the naval officer’s training had kicked in and it seems that he had bene trying to help the injured. So Pride had wanted to know if the sniper had been aiming at the Master Chief or if he had turned his gun on him because he had gotten in the way of his actual intended victim though later something ended up distracting the entire team. Pride had tried to get into contact with Brody to see when she was coming back from vacation and it turns out that she was never coming back. Brody had told her bosses at headquarters that she quit and unfortunately she hadn’t wanted to talk it over with Pride first.

So Pride had been forced to draw conclusions of his own and he summarized that Brody had quit because she had been through too much. Brody had been used by a DHS Agent who nearly caused a terrorist attack on US Soil and there was sadly still an investigation into NCIS for the part they played in letting their rogue agent almost get away. But while Brody’s team could understand why the politics of their job might have defeated her, they each wanted to know why she hadn’t called of them. And she had let them find out that she was quitting by Pride rather than just be honest with them or simply return one of their phone calls.

Brody though was gone for her own reasons and the only one that apparently understood her actions were Loretta. Loretta had been Brody’s landlord after all so she had been the only one that Brody had actually said goodbye to. Yet, everyone who wasn’t angry about the way they were treated also had a great amount of sympathy for Sebastian. Sebastian had clearly been in love with Brody and pretty much everyone could tell. Even her. So no one wanted to be the one that told Sebastian that Brody quit on them and Sebastian eventually had to hear what happened by accident.

A third shooting however, kept most of the guys’ attention of what Brody did. So before Sebastian had had his heart broken, he had told Pride what he needed to find the shooter and Pride had used that to try finding the sniper at the scene of the latest crime. Sebastian had said that the sniper had shot his first victim from a bridge and the angle that gave the culprit had been the same one that had been used during the second shooting. Although, the third shooting had been a little different. The guys had climbed up to the roof they thought the shots were coming from and there they ended up running into an FBI Agent instead of their sniper.

Special Agent Tammy Gregario of the FBI had claimed that she had been sent too New Orleans from DC yet there had been something about her story and profile that didn’t match up. Gregario’s profile for instance had included events following the first shooting and that shouldn’t have been knowledge she had. So Pride had said that it hadn’t been DC that had sent her and she hadn’t denied that she had actually come to New Orleans to spy on Pride’s NCIS Unit. The same unit that had compromised following what happened with the rogue DHS Agent and the same unit that was in charge of surveilling one of the United States’ chief ports.

But Pride’s anger at the situation didn’t change things. He took up an argument with the FBI that was leading the investigation into his unit and the only thing they had agreed on was that the FBI hadn’t showed proper southern courtesy. So Gregario was still going to watch Pride and his team’s movements though she had agreed about being a little politer about it and so that had to be enough for now. And Pride had no problem with going to Gregario for what she found out in her profile. Gregario had said their sniper was military trained and smart. Some might say too smart for his own good and so that meant he wasn’t just killing randomly.

Gregario said that the sniper must have a mission so Plame looked into a connection between the victims and, after he ruled out the Master Chief as collateral damage, he did find a pattern. Plame found out that each victim had suddenly become flush right before their deaths. So that helped Gregarios ruled things out until she found their sniper. Gregario believed their sniper was some marksman that was disillusioned by the CIA and who had gone to work for a cartel after he went off the grid. And so the men he was killing had probably all been bribed at one time or another by the cartel who needed contacts at such large port like NOLA.

So when they figured why the sniper was going after his victims, they knew that he wasn’t going to ignore the fact that one of his intended targets lived. The Master Chief had gotten in the way of the sniper and that’s why he died however he had tried to get the intended target out of the way and so the victim had only been injured. Though by arranging some type of ambulance drive through the city, NCIS were able to draw out the sniper who had taken his second chance and that had given Gregario enough opportunity to kill the sniper.

She had seen the light bounce off his gun and that had given away his position. So tonight the city of New Orleans was able to put this whole ordeal behind them and Pride had even offered up his bar to a couple of ladies that still wanted to carry out their Burlesque show for Fall Fest. Yet, when Sebastian wasn’t drinking himself into forgetting Brody, Percy and LaSalle have been snapping at each other. There was apparently a moment between them that Percy doesn’t want to talk about and that LaSalle wants to talk about so hopefully that will work itself out.