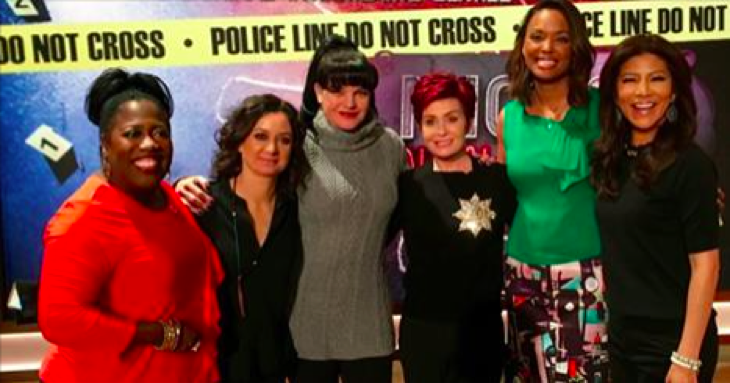 Tonight on CBS NCIS returns with an all new Tuesday January 5, season 13 winter premiere called, “Sister City, Part I” and we have your weekly recap below. On tonight’s episode, the passengers and crew of a private plane traveling from New Orleans to Washington, D.C., are poisoned and the evidence points to Abby’s (Pauley Perrette) brother

On the last episode, after Ducky was attacked by a man claiming to have information about his half-brother who died decades ago, the NCIS team searched for the perpetrator, as Ducky recalled the final emotional days he had with his sibling. Also, with the holidays approaching, Bishop and Jake (Jamie Bamber) discussed the future of their relationship. Did you watch the last episode? If you missed it, we have a full and detailed recap right here for you.

On tonight’s episode as per the CBS synopsis, “the passengers and crew of a private plane traveling from New Orleans to Washington, D.C., are poisoned and the evidence points to Abby’s brother, the aircraft’s missing chef. The episode concludes on “NCIS: New Orleans.”

Tonight’s episode looks like it is going to be great and you won’t want to miss it, so be sure to tune in for our live coverage of CBS’s NCIS at 8:00 PM EST! While you wait for our recap hit the comments and let us know how excited you are for the season 13 episode 12.

Military spotted an unmanned plane on tonight’s episode of “NCIS” and it quickly became a situation that needed to be handled by two NCIS teams.

Apparently the unmanned plane was original supposed to be on autopilot for a short amount of time but something went wrong and the entire crew were unresponsive to distress calls. So Director Vance had to assume the worst. He had to believe the passengers as well as the crew had died from hypoxia. Hypoxia being the moment the bodies onboard were deprived of actual oxygen thereby causing them all to pass out.

But sadly no one could wait around for one of them to come to and that is if they could. The plane had a set course and a full tank. And with no one alive or at the very most awake onboard to take control, there was no way the plane could make a gentle landing and it had been headed to heavily populated metropolis. So what that means is a crash was bound to happen.

However, the military had options. The plane was either go to crash on its own and risked thousands of lives or the military could rouse an air assault in order to take the plane down themselves. And guess which option they chose to take.

Abby had later been given the job to crash the plane remotely by hacking into the navigation unit and she was able to fool the plane into believing it was dropping altitude. Therefore, the plane was able to crash on its own without putting anyone else at risk. And without causing a PR nightmare.

Yet Abby hadn’t known who was on board or supposed to be onboard until after she brought down the plane that was allegedly carrying her brother Luca. Luca generally doesn’t leave New Orleans but the flight manifest had him as one of the passengers. And he did just take a job as a personal chef.

So for a few critical hours, Abby thought she had crashed a plane with her brother onboard. But thankfully he wasn’t because he reached out to her after his supposed death. In fact, Luca ended up texting her following the crash and he said he was in danger. And what her to meet him at the amusement park they used to frequent as kids.

And while she was doing that, the rest of her team were trying to figure out what happened onboard a billionaire/military contractor’s plane.

Only no one knew how to find Mr. Blye. Jenner Blye of Blye Industries had gone missing and none of his people had wanted that information to get out however it was hard to turn a man like Gibbs away without a proper explanation. Gibbs had been tasked with questioning Blye about whether or not he has any enemies that would wish to kill him and so it didn’t look good that Blye had disappeared.

If anything it made Gibbs and his people believe that whoever originally set out to crash his plane must have found another way to get to their intended target.

Though that didn’t help Luca Sciuto. Moments after his sister found him, DiNozzo was then forced to arrest him. It seems they have evidence of him being the one to kill the entire crew of the plane with a neurotoxin and so they had a few questions for him.

And Luca didn’t want to answer of those questions without a lawyer. Apparently his big sister once told him to never speak to the police without a lawyer so he took that advice to heart and it was messing with the investigation. So Abby asked Gibbs for a favor. She asked that she been the one to question Luca seeing as she knew she could crack him.

And crack him, she did. Abby knew her brother was holding back on something and so she got him to admit that while he was drugged and dropped off at motel on the very same day he was supposed to board a private jet – he was protecting someone. Her name was Eva and Luca was so hung up on her that he didn’t bother to ask any pertinent questions. Like what was her last name for instance.

But a caricature he had gotten of the two of them eventually led to Abby finally identifying the mysterious Eva. And Eva’s last name was Azarova as in a Russian name. Which makes sense because she was a Russian spy that worked for Russian Counselor Anton Pavlenko.

Although Pavlenko said he didn’t kill those people and that the chef who substituted for Luca was one of his own men. So Pavlenko had been in the middle of convincing Gibbs to team up in order to find out who the real threat was when suddenly he dropped dead. One second he had been enjoying his drink and the next he was dead.

Someone had poisoned him with the same neurotoxin that had been used earlier. And Gibbs, thinking quickly on his feet, realized the best place to take Pavlenko’s body would be the New Orleans Medical Examiner.