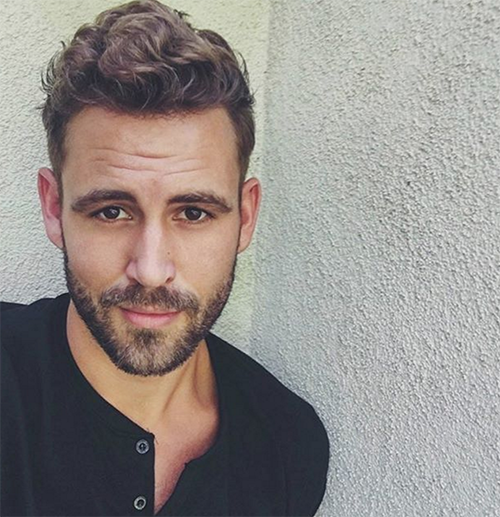 Nick Viall is once again proving that he might not have been the right pick for this season’s ‘The Bachelor.’ The supposed villain of the reality dating show might have broken some important rules and guidelines by hooking up with one of the contestants before the show’s filming even began.

According to Us Weekly, there’s a possibility that Nick had already slept with one of the contestants before filming even began, leaving fans once again wondering why he is even back on the show in the first place. One source close to the show dished, “During the first day of taping, all of the girls came out and he actually had slept with one of them at a wedding and never called her again.”

If that weren’t enough, Nick allegedly told producers that he didn’t want any of the contestants to know that he had already dated someone in the group as “it was a waste of a person being there.”

Clearly, the only thing Nick Viall cares about is sleeping with as many women as he can and being on television. At this point, no one is shocked anymore that Nick has allegedly slept with so many women both on and off screen, as that seems to be his one true goal. Somehow, he’s once again manipulated the show’s producers in thinking that he would be the right fit to headline his own ‘The Bachelor’ season when, in reality, he’s far from it.

But then again, does this really surprise anyone, especially fans and critics who have been following Nick Viall throughout the years? Time and time again Nick has proven that he’s not looking for ‘love’ on the small screen as the only person he ultimately cares about is himself.

He’s humiliated females in the past by admitting that he slept with Andi Dorfman before she got engaged to Josh Murray back in 2014 and treated Kaitlyn Bristowe with absolute disrespect during her season of the show. Nick didn’t come back to the show to find a girlfriend or fiancée, but instead to once again stroke his own ego with his self-serving ways. The only person Nick Viall is truly in love with is himself.

Tell us CDL readers, do you think ABC producers made a mistake by bringing back Nick Viall for this season of ‘The Bachelor?’ Is Nick single-handedly destroying the show by refusing to play by the rules? Should he be banned from the ‘Bachelor’ franchise altogether? Let us know by leaving your comments below and come back to CDL for all you news on The Bachelor.