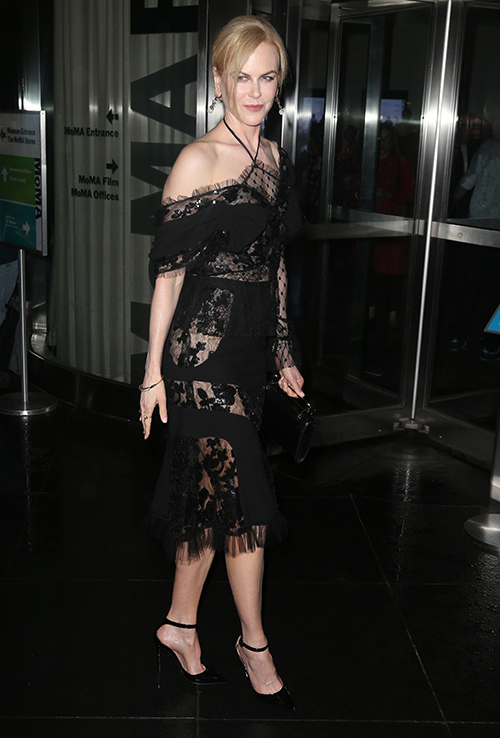 Nicole Kidman and Keith Urban’s marriage might be in real danger. There’s new speculation that Nicole Kidman might have her eye on another Hollywood heartthrob, as the couple has been dealing with some major marital issues behind closed doors for months now.

It’s no secret that Nicole Kidman and Keith Urban divorce rumors have been making headlines ever since the Australian-born actress didn’t show up to her father-in-law’s funeral last year. That, along with all of the Keith Urban cheating rumors, have definitely plagued their marriage.

And now there’s a hot new rumor that says Nicole Kidman has gotten very close – and almost too close – with her latest co-star, Colin Farrell. Even though the Irish actor has tamed his ways in recent years, he was once considered the bad boy of Hollywood, with his own leaked adult tape and a long-list of past girlfriends that included Britney Spears, Salma Hayek, Elle McPherson, Rosario Dawson, Angelina Jolie, and more. So is he trying to add Nicole Kidman to his list, even though she’s married?

According to Naughty Gossip, Nicole Kidman and Colin Farrell have ‘extreme chemistry’ on the set of their new film. Eyewitnesses couldn’t help but notice how “sparks flew” when the two started working together.

One source told the site, “They are getting way too close. Everyone is talking about it. Nothing is going on yet. But these two are very close.”

Given how Keith Urban was once rumored to have cheated on Nicole Kidman with up-and-coming country star Kelsea Ballerini, there’s no doubt that Nicole Kidman is loving the attention she’s getting from Colin Farrell.

Although it’s doubtful that Nicole Kidman and Colin Farrell would so openly flirt with each other on a movie set (especially since the actress knows Nicole Kidman divorce rumors would leak to the press in no time), there could be some fireworks between the two. After all, Colin Farrell is still considered a hot catch while Nicole Kidman is Hollywood royalty. The two can either be clicking professionally or just having a good time on set.