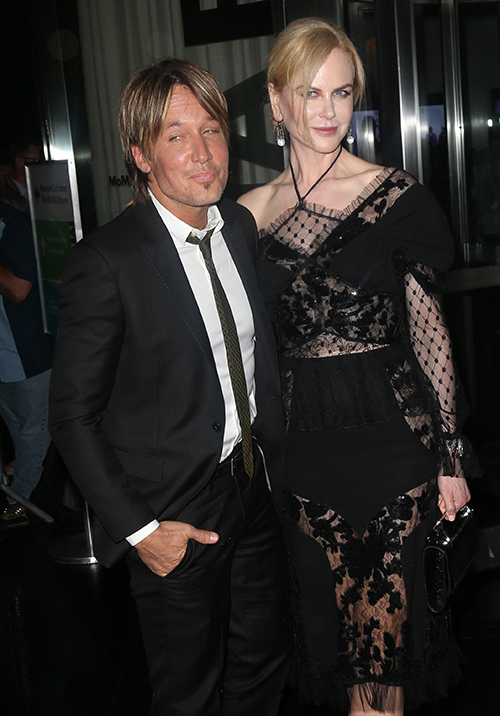 The Nicole Kidman and Keith Urban marriage that everyone thought would be doomed from the start has so far lasted a decade. The two Aussies have managed to dodge Nicole Kidman and Keith Urban divorce rumors for the last ten years, along with reports of how the country star’s flirting might have caused a huge rift in their marriage. And while Nicole Kidman’s reputation depends on her ‘perfect’ and ‘flawless’ image as a dedicated wife and mother to their two daughters, Keith Urban’s recent comments about their marriage has fans wondering whether or not he wants out.

In a new interview with Hits Magazine, Keith Urban discusses his ten year union with wife Nicole Kidman, indicating that even though they’ve managed to make their marriage last well past Hollywood expectations, he’s still treating every moment as a “learning curve.” In fact, he even admits that some scenes from his marriage are written in the lyrics of his songs.

The country star explained, “I had such a learning curve in our marriage! When she’d get scared, I’d think she was angry; then I’d get defensive, go tearing out the driveway at 90 miles an hour. And that’s when it all gets pear-shaped. What she needs, and it’s in the song, is for me to stay, to be close, to hear her. Get Closer; the album title alone was literally from this new awareness I had with this reality of how to react. When things are tough or upsetting, it’s about pulling her close. That’s what she needs, and I had to learn it.”

Clearly, no one wants to think of their marriage as a “learning curve,” especially after they’ve been together for more than ten years. What’s more, Keith Urban makes it sound as though his wife really does love giving him a piece of her mind by saying, “Nic is so unbelievably open; she doesn’t keep things in or bottle them up. She’s really a great communicator. Because of her, if I open up, every day, I’m listening and growing and learning. If I’m a better man, it’s because of her.”

It sure does sound like Keith Urban wants his fans to read between the lines here, just like in the lyrics to his songs. Calling your wife a “great communicator” isn’t the same thing as calling her “supportive, loving, and wonderful.” In fact, his choice of words here indicates that a Nicole Kidman/Keith Urban divorce might happen if the actress doesn’t learn how to loosen up a little in their relationship.

Nowhere did Keith say that Nicole is the love of his life or that he’s so happy that he met her, but then again there’s no hiding the fact that things are definitely tense between these two. When’s the last time you’ve seen Nicole Kidman’s face make more than one facial expression? Tell us CDL readers, do you think Nicole Kidman and Keith Urban’s marriage has a chance of surviving? Or will it only be a matter of time before Keith Urban pulls the plug for good? Let us know what you think!