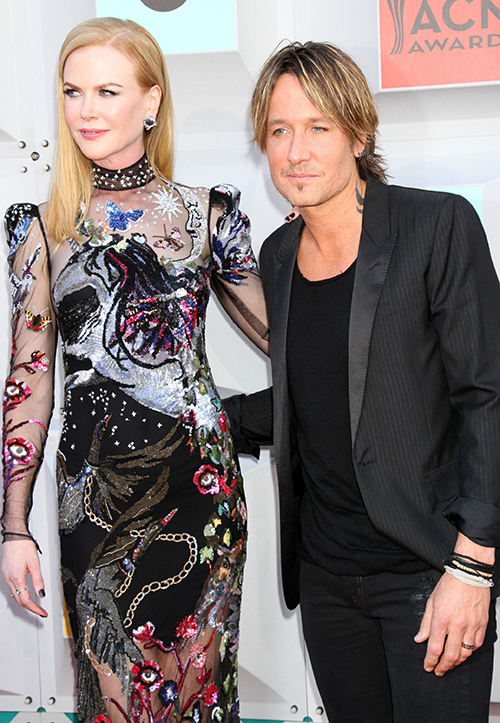 Keith Urban’s marriage to Nicole Kidman has been plagued by trouble. The latest allegations reveal that Nicole might be concerned Keith will cheat with singer Maren Morris while the two are on tour together this summer.

An insider revealed to OK! magazine that Nicole is very unhappy that Keith has become friendly with pretty young singer Maren Morris. The country music superstar has asked Maren to join his six-month tour, which kicks off in June.

Nicole is allegedly “dreading Keith being away with Maren for so long. [Maren and Keith] will be staying in hotels together and hanging out all the time. Who knows what’ll happen?,” the source divulged.

This isn’t the first time there has been speculation over Keith’s ability to remain faithful to Nicole. Urban was on tour with Kelsea Ballerini last year and the singers were spotted getting cozy. Kelsea, winner of the 2016 ACM award for New Female Vocalist of the Year, was seen going into Keith’s tour bus and the 22-year-old blonde didn’t come out for quite some time.

Blondes appear to be Keith’s type. As previously reported, in October 2015 the ‘Wasted Time’ singer went into a hotel with an unknown blonde woman. Another young blonde who caught Keith’s eye was singer/songwriter Sierra Black. Keith and Sierra allegedly had an affair around the same time he was spotted with the mystery woman.

Keith has to tour in order to promote his new album ‘Ripcord’ but he doesn’t need to tour with Maren Morris. There is any number of talented young male singers who would love the chance to open for Keith Urban.

Nicole Kidman needs to worry yet again about Keith possibly cheating with a much younger woman. He hasn’t given the actress enough to fret about? Shortly after the couple married in June 2006, Keith checked into rehab for drug and alcohol abuse. The New Zealand born singer/songwriter even admitted he thought rehab would destroy his marriage to Nicole.

Last December, there were further reports of a rift in the marriage when Keith Urban attended his father Bob’s funeral in Australia. At the time, insiders revealed that Nicole Kidman was unable to get time away from filming a new movie in order to accompany her husband to Bob Urban’s funeral.