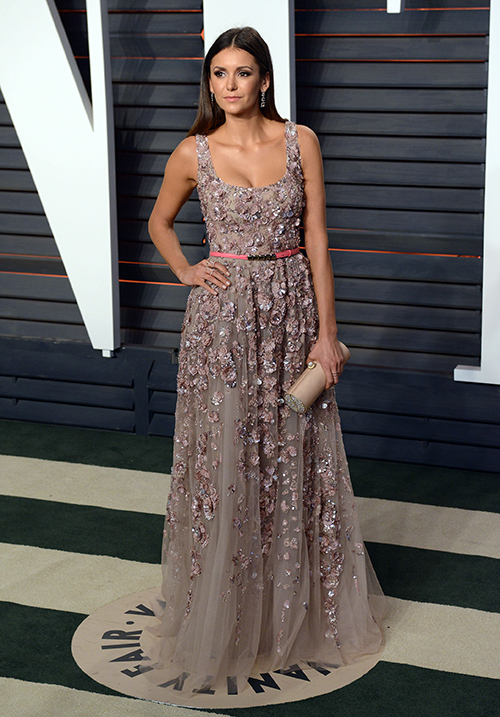 Did Nina Dobrev call a truce with Ian Somerhalder and agree to return for The Vampire Diaries season 8? Have they put their differences aside for the sake of a fantastic TVD series finale?

Nina shared one of those uplifting, positive, soul searching kind of posts on her Instagram recently. One line of the ditty reads, “I’m a wannabe world changer, a frequent smiler and an avid forgiver.” The post ends with, “And a full fledged compassion giver.”

Compassion for The Vampire Diaries executive producer Julie Plec? The showrunner has done nothing but beg Nina to keep promises, emotional promises, and return for the TVD series finale. Maybe a little compassion for TVD fans who want an Elena and Damon reunion?

Forgiveness to Ian Somerhalder and his childish rants? Ian jumped all over someone for asking the question could fans possibly see any familiar faces return to Mystic Falls for season 8 of The Vampire Diaries.

No one else on the panel discussion got to say anything before Ian got annoyed and said nope, don’t expect anyone to return, end of story. Then Ian went off on Julie Plec, embarrassing the showrunner by saying he thought they had THAT conversation, apparently they didn’t.

There’s been a lot of talk about Nina Dobrev returning for The Vampire Diaries series finale as Katherine Pierce rather than Elena Gilbert. The character would then reportedly crossover at some point during season 4 of The Originals, a spinoff of TVD.

Katherine Pierce can easily be added to the cast of vampires, witches, werewolves, humans and hybrids on The Originals. Klaus Mikaelson [Joseph Morgan], the hybrid who hunted Katherine mercilessly, will be back and The Originals season 4 spoilers indicate Klaus will be in a weakened state.

What a perfect time for Katherine to arrive in New Orleans. Pair Katherine and the Marcel [Charles Michael Davis] – the head vampire – and things would certainly be interesting.

Nina Dobrev has a red hot movie career, we know that. But it doesn’t hurt to have a little extra something in your back pocket and joining the cast of The Originals, even if it’s just in a recurring role, would put a little extra cash in Nina’s bank account.

Has Nina Dobrev shown some compassion and called a truce with Ian Somerhalder? Even if it’s temporary, just long enough to get to through the series finale of TVD, viewers certainly would appreciate the actors behaving professionally, don’t you think?