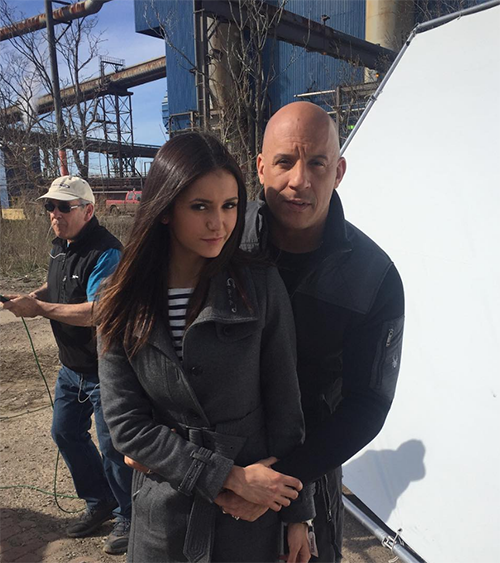 Don’t expect Nina Dobrev to return for The Vampire Diaries season 8 – the CW drama’s final season. It appears Nina has broken the promise she made to Julie Plec. Now, the executive producer has called Nina out on it!

TVD fans were not shocked when Plec announced season 8 would be the show’s last in a talk during the show’s panel discussion at Comic-Con 2016. Who didn’t see the show’s cancellation coming? The Vampire Diaries moved to Friday nights, which is the graveyard night for programming.

Add to that the fact that Ian Somerhalder publicly declared he wouldn’t return after TVD’s eighth season. Kat Graham also has no interest in staying on past season 8 of The Vampire Diaries.

Even though we knew the end was coming for The Vampire Diaries, we held out hope that Nina would return for the series finale. Julie Plec made it clear time and time again that Nina promised to return for the final season in one way or another. Guess what? Doesn’t look as if Nina is going to keep that promise.

If anyone has insider information, it’s the executive producer. At Comic-Con 2016 in San Diego, when asked if Nina would reprise the role of Elena on TVD, the showrunner’s response was very transparent: “Not to put too much pressure or anything on Nina Dobrev, but a promise was made. An emotional promise that I’d like to see come to life.”

Does it really make a difference if Nina returns for the series finale of The Vampire Diaries? Plec seems to think so and is trying to force Nina to keep that promise. “You heard it here, there’s been a friendship promises made, and now we’ll see if we can deliver on them,” Plec stated during the Comic-Con panel discussion.

Sorry TVD fans, Julie Plec, and Ian Somerhalder – it looks like the emotional promise Nina Dobrev made to return for The Vampire Diaries season 8 finale isn’t one Nina intends to keep.