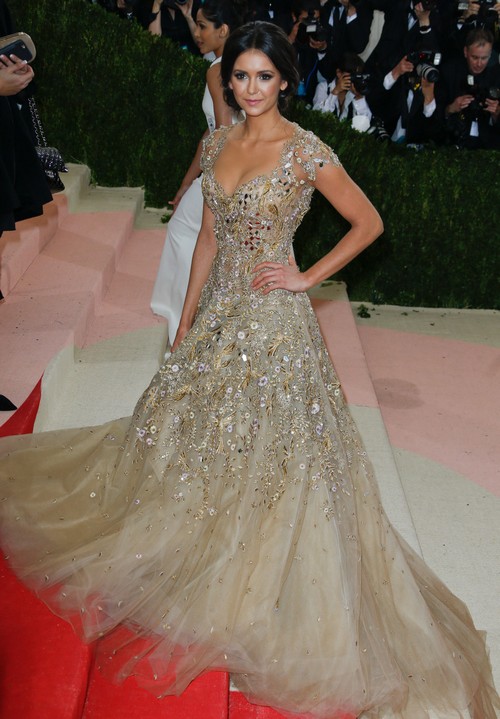 Nina Dobrev will return to The Vampire Diaries Season 8. That’s a tease from executive producer Julie Plec who says Nina agreed to return for TVD series finale. Does that mean fans should prepare for The Vampire Diaries to be cancelled after season 8?

The season 7 cliffhanger sure has TVD viewers talking. After hearing Elena calling out to Damon for help they got all excited and blew up social media. Are TPTB planning to secretly bring the actress back onto the show? Will there be a ninth season? These were just a few of the questions being asked after the season finale.

Adding to the speculation that Nina is ready to return to TVD, executive producer told TVLine that Nina insisted on coming into the studio to record the ADR – automatic digital replacement. Julie divulged she would have been happy to “cobble [the ADR] together from a bunch of episodes.”

Even though Julie Plec gave Nina an out the actress insisted on coming into the studio to record. Why not just let the sound mixers put a bunch of stuff together from past episodes? Maybe Nina wanted to accidentally on purpose bump into former boyfriend Ian Somerhalder?

What did the executive producer say in the interview that would lead fans to believe Nina would come back to The Vampire Diaries for season 8? Apparently Julie and Nina made some sort of agreement when Nina decided to leave the show. “It’s what [Nina] and I kind of agreed on when she decided to move on and it’s what I’ve got in my head,” Julie said in the interview.

Right now Julie is upholding her end of the bargain and letting things ride and has plans to bring Nina back for The Vampire Diaries series finale. Of course, that could change, the show could go on longer and Nina Dobrev could come back earlier if she wanted to.

Ian Somerhalder has already said he is out after the eighth season of the show. Ditto for Kat Graham. With two of the main actors calling it quits can TVD survive without them? That leads to the question, if Nina returns would Ian and Kat stay?

Reuniting Elena and Damon could be a ratings bonanza for CW drama. If ratings went up would the network move The Vampire Diaries back to a coveted time slot? There are a lot of questions to be answered.

The way it looks now season 8 of The Vampire Diaries will be its last. Nina Dobrev may hold up her end of the bargain and return for the series finale – or she may not. We’ll just have to wait and see what happens when TVD returns. Come back to CDL for all The Vampire Diaries news and spoilers!