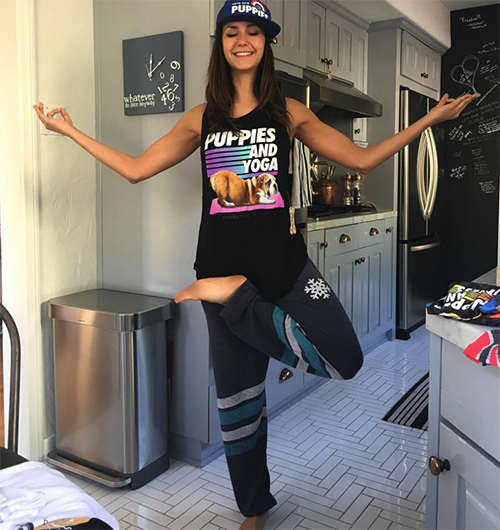 Nina Dobrev and Tim Tebow sparked a reported romance after appearing on Lip Sync Battle. Were Nina and Tim secretly dating but have called it quits because Nina wants to focus on her career? Is Ian Somerhalder ready to swoop in and renew the romance with his former The Vampire Diaries co-star?

After Nina ended her relationship with Austin Stowell, there was speculation that the actress was already dating Tim – or started dating the former quarterback shortly after the breakup. There was even talk that Nina and Austin’s relationship ended because he was insanely jealous after Nina was grinding all over Tim while lip synching to “Let’s Get It On.”

If Tim Tebow and Nina Dobrev were dating, the fling is apparently over. When it comes to a relationship, Tim is saving the best for marriage. Maybe that was what turned Nina off. Or it could be true that Nina just wants to focus on her career right now.

There is speculation that Nina is considering a role on The Originals. If Nina comes back to the CW, will former boyfriend and TVD co-star Ian Somerhalder make every attempt to hang around the set in the hopes of winning back Nina?

Ian may be a married man, but if Nina were to show even the slightest interest in rekindling the romance, Ian would probably dump Nikki Reed as quickly as possible. After all, Ian married Nikki on the rebound from his breakup with Nina.

Did Tim Tebow get dumped by Nina Dobrev before the couple even had the chance to go public? Is Ian Somerhalder ready to divorce Nikki Reed for another shot with Nina? Let us know what you think in the comments section below and come back to CDL for the latest celebrity news.