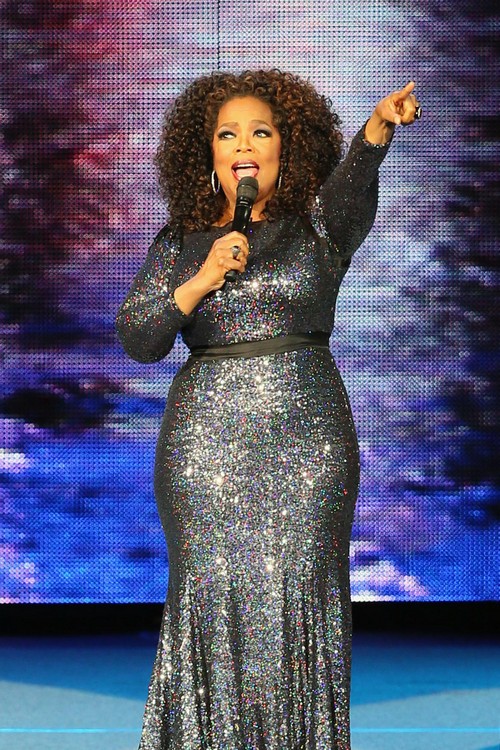 Oprah Winfrey has taken a huge loss with Weight Watchers. It’s not just pounds the mogul dropped! Winfrey lost $27 million when it was reported on Friday the diet giant’s profits were cut by nearly one-third.

The Oprah mojo may have hit a dead end. Everyone thought the billionaire and all the Weight Watchers stockholders were going to hear constant cha-chings after Winfrey bought out the decades-old proven weight loss system.

The “I eat bread every day” campaign did not work for Winfrey, did it? Weight Watchers online memberships are way down and fewer and fewer dieters are going to meetings. Sales of the Weight Watcher products fell considerably also. The bad news is quite simple, the company lost $11 million in the first quarter of 2016.

Everyone was all excited when Oprah bought a 10 percent stake in the company back in October 2015. Then Winfrey not only joined the board of directors, she actually joined Weight Watchers. Yes, Oprah is a WW member!

Oprah lost a cool $27 million on Friday, February 27. There are a lot of fancy words to explain what’s going on at WW – bottom line is the stock is worth less and less every single day. Sure, everyone made a lot of money when it was announced Oprah was coming, Oprah was coming! Everyone’s not so excited anymore, are they?

Is Oprah Winfrey ready to sell out her 10 percent stake in Weight Watchers? Is the board of directors ready to kick Oprah out of the boardroom? Sure, Oprah still has earned a cool $30 million profit since buying in last year, but who else has seen that kind of return?

Allegedly the reason behind this huge dip in Weight Watchers stock prices is because Jenny Craig and Nutrisystem have become formidable competition. There are others that say the drive toward eating less processed foods has hit Weight Watchers hard. Consumers are getting smarter and realize the ingredients in the pre-packaged WW foods are not all that good for them.

The stock tumble could also be related to less hostile tactics by PETA in educating consumers regarding eating vegetarian and encouraging reducing meat consumption rather than drastically changing to a vegetarian diet.

Whatever it is, Oprah Winfrey and Weight Watchers lost a bit chunk of money in the first quarter of 2016. Winfrey’s magic powers may have run out. We’re betting Weight Watcher executives hope Oprah gets out before it’s too late to salvage the company. It just goes to show – celebrity endorsement can be a huge bomb!