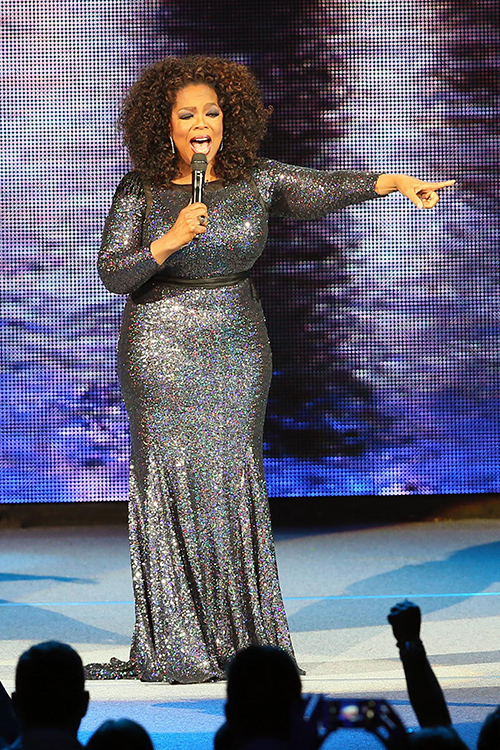 Oprah Winfrey and Kirstie Alley have lost weight again, but have their diets and management plans all been a giant scam? Have Oprah and Kirstie been living and sharing a lie this whole time? Over the years, we have witnessed Oprah Winfrey and Kirstie Alley ride the weight loss roller coaster, so it’s never really a surprise when we see them pop up as overweight or slimmed down all over again. It’s more like a way of life for these two at this point.

Here’s the thing: There are thousands, if not millions, of people out there watching these ladies and following their leads when it comes to losing weight themselves. So when Oprah becomes the spokesperson for Weight Watchers, her massive following jumps on board. Oprah’s fans are like a cult. She says anything is good and they will all run out and buy it. It’s no different when Oprah is out there claiming that Weight Watchers is the reason that she’s shedding all her weight, when in fact there is more to the picture.

According to The National Enquirer, who did an investigation into the ladies’ dieting and weight loss, both Kirstie Alley and Oprah Winfrey have undergone multiple surgeries to slim down. These surgeries included liposuction, and lots of it. Kirstie is known as a ‘yo-yo dieter.’ The source revealed that Dr. Stuart Fischer talked about that kind of diet, saying, “Yo-yo dieting wreaks havoc on your metabolism. Don’t even do it once – Kirstie is in danger of serious health issues!” Dr. Alan Matarasso talked about Oprah to the magazine, saying, “Oprah looks as if she’s possibly had some plastic surgery to slim down her neck and add definition to her cheekbones.”

Kirstie Alley is the spokesperson for Jenny Craig, who she claims is the reason she lost her most recent 50 pounds of fat. But with the reputation of plastic surgery being in the mix here, how can there be any credit given to Jenny Craig’s diet plan.

Chances are that both Oprah and Kirstie have participated in the Weight Watchers and Jenny Craig programs that they represent. They wouldn’t want to be complete fakers now would they?

What do you guys think? Are Kirstie Alley and Oprah Winfrey a couple of liars, making their money off of all the followers who believe anything they say? Sound off in the comments below!