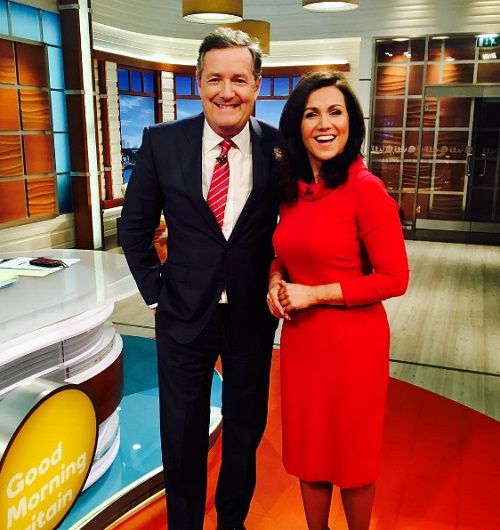 Madonna’s twerking skills were so repulsive to Piers Morgan that it made him vomit. Piers, who is known for being a Simon Cowell wannabe, also is in a Twitter war with Justin Bieber’s manager Scooter Braun over some remarks he made over Cruz Beckham’s new song.

Madonna was the latest celebrity to take part in Carpool Karaoke with James Corden. In the segment, Madge showed off her twerking skills during a song and when they played the clip on “Good Morning Britain”, Piers Morgan acted as if he had to vomit.

“Sorry I feel slightly nauseous. Has anyone got a bucket,” the host said as he pulled out a bucket and made retching noises as his co-host, Susanna Reid, awkwardly looked on. You can definitely tell that Reid was uncomfortable by the look on her face as Morgan continued to blast Madonna saying “You can’t be 58 and dancing around like that. Put it away.” 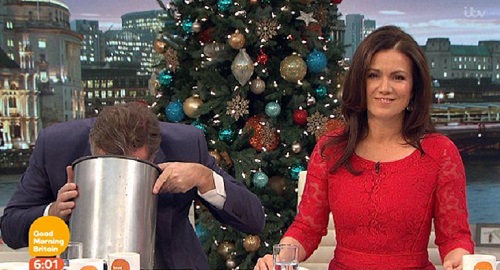 The obnoxious host went on to tweet a picture of him “throwing up” in the bucket. Speaking of Twitter, Piers is also under fire for criticizing Cruz Beckham’s newly released Christmas song. The 51-year-old wrote an entire column basically calling Victoria and David Beckham pimps for trying to boost their kids into superstardom.

Piers wrote on his column for Daily Mail “Cruz Beckham is a cute kid but the only thing he really has going for him are his famous pimps, er, I mean parents. And they just sold his soul to the Fame Devil, along with their own…here’s just one problem with all this: Cruz is only 11 years old and has absolutely zero proper musical training or experience. He’s only been able to release such a high profile pop record – all in the name of ‘charity’, naturally – because his parents are David and Victoria Beckham.”  Yikes.

Scooter Braun, who manages Justin Bieber and now Cruz Beckham, caught wind of the accusations and tweeted “He is an 11-year-old who wanted to make a song to help other kids. Once again Piers shows why he is a jack*** and why his show was cancelled. Some people in this world make a living out of finding the worst in every situation. It means they have a career..not class. Just a career. I can’t stand bullies.”

Scooter Braun also said that the money Cruz’s single “If Every Day Was Christmas” raises goes to charity and instead of criticizing Piers should match the money that the song raises. There is no word on if Piers will agree or not but we will keep you updated.

What do you think about Piers Morgan’s comments on Madonna and Cruz Beckham? Let us know in the comment section below and don’t forget to check CDL for all the latest Piers Morgan updates and news. 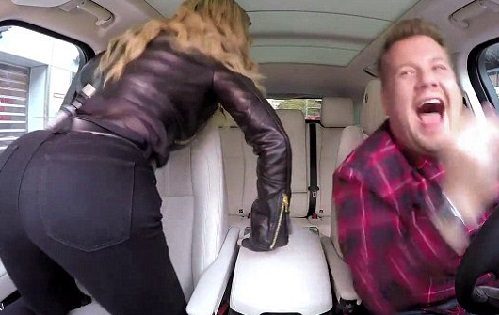 . @piersmorgan how about you match him dollar for dollar to the charity? Instead of criticizing step up and help these kids the way Cruz is.

. @piersmorgan please answer my question and stop dodging with bs. Will u match his donation to charity? Or continue to be a hypocrite?

ALL Proceeds to charity. Good on you young man. Give back. Happy to support. https://t.co/4wKWMG9v7J

Getting a LOT of famous people contacting me privately to say they agree 100% with my Beckham column. Interesting. https://t.co/vU9fPGgA1R