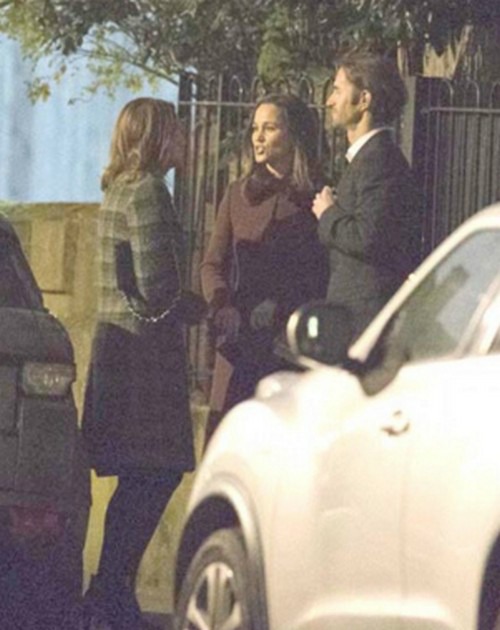 Does Kate Middleton approve of the relationship? CDL will be reporting back to you shortly on this crucial matter.

Although they’ve been BFF’s for a while, the couple only discovered their mutual feelings in November of last year, which is a smidgen of time compared to Pippa’s three-year relationship with Nico Jackson that coincidentally ended in October 2015.

One man’s coincidence is another man’s Pippa Middleton.

According to those in the know at OK UK, “Pippa has spent most of her time at James’ house. They’ve tested it and it works.” Because you test these types of things in case your significant other forgets a teaspoon in their cup of coffee. Or, God forbid, they snore like a demon at night.

For those who think reality television is the antichrist and/or not fond of shows from across the pond, Made In Chelsea is the UK’s answer to The Hills. Spencer Matthews, James’ brother, also starred in several other notable UK reality shows. He has the shadowed cheekbones and cocky hunk du jour smile that makes people melt like lemon drops; the guy’s a self-proclaimed bad boy and one of the UK’s finest reality stars.

As for brother James… Well, he is the antithesis of Spencer. Demure, gentle and classy, Pippa’s new beau is the quintessential rebound guy – one that every girl/guy needs to get over a nasty three-year relationship faux pas.

Perhaps they aren’t moving at the speed of Boney M’s Christmas record sales? Time is irrelevant when you’re in love. Perhaps their time is the right time, which, in the end, matters the most?

Only time and patience will tell whether James Matthews can withstand the bonesplitting force of a rebound relationship – and Kate Middleton’s wrath of he upsets darling Pippa.

Let us know your valuable thoughts in the comments below.

Pippa Middleton and Carole were joined by James Matthews after the carol concert https://t.co/aBkdIKig6L pic.twitter.com/VLSuH7Vu2C