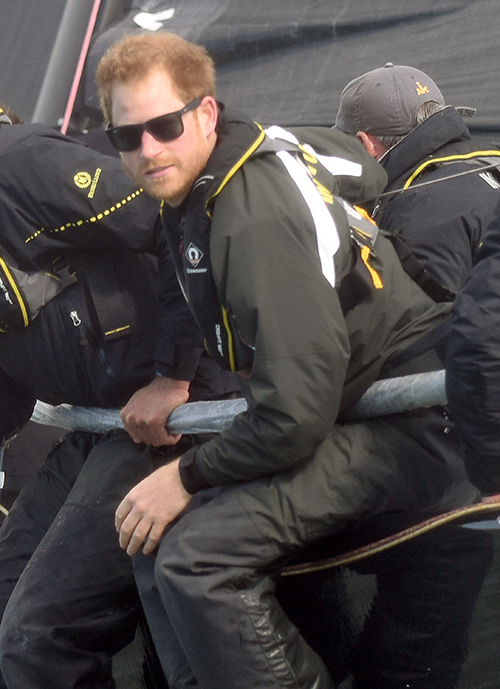 The Pippa Middleton and Prince Harry romance reports from earlier this year had everyone talking and ultimately wondering if the pair would not only publicly come out as a couple, but eventually walk down the aisle together, too. Well, now that the Pippa Middleton and James Matthews engagement news is the talk of the town, fans can’t help but wonder if Prince Harry is being pressured to find a fiancée and ultimately settle down, too.

Apparently, one of the main reasons why Prince Harry is still single all has to do with his sister-in-law, Kate Middleton. Sources close to Prince William’s brother say that Prince Harry’s dating life has hit a roadblock simply because he can’t find a woman that is as perfect as the Duchess of Cambridge.

Although Prince Harry’s girlfriends, which have included Cressida Bonas and Ellie Goulding, have all tried to win his heart, the charismatic royal hasn’t found “the one” yet and it’s beginning to worry the entire royal family, particularly Prince William and Kate Middleton.

One source close to the British monarchy dished, “Kate and William are really worried about Harry. He’s totally out of control when it comes to women and no one can see him ever settling down with one woman for life, despite the intense pressure on him to do so.”

If that weren’t enough, Prince Harry also compares all of the women in his life to Kate Middleton. “He’s just too commitment phobic and William worries he’s got Kate on a pedestal and no one can come close.”

Of course, Prince Harry’s commitment issues have the entire family worried, particularly his grandmother, Queen Elizabeth. Now that she is 90, the Queen would love to see all of her grandchildren not only settled, but happy and with families of their own.

Even though Prince Harry is fifth in line for the throne (he was knocked down the list thanks to his nephew and niece, Prince George and Princess Charlotte), his loved ones are worried that he will never find happiness in his life as he continues his “carefree” lifestyle.

Clearly, if unlucky-in-love Pippa Middleton can find a fiancé, then Prince Harry can do the same, although if the British royal family will continue to put pressure on him, he’ll end up “settling” for someone rather than falling in love with her, which of course will just bring on a whole new set of issues for the young royal.

What do you think, Celebrity Dirty Laundry readers? Is Prince Harry feeling the pressure more now than ever to find the right woman in his life?

Pippa Middleton is all smiles as she steps out in London, England after announcing her engagement to James Matthews on July 19, 2016. The sister of Kate Middleton, the Duchess of Cambridge, was dressed in a knee-length white dress and flat brown sandals and a matching brown purse. Image credit to FameFlynet