Pretty Little Liars Ashley Benson, Size 2, Called Fat: No Hope For the Rest of Us? 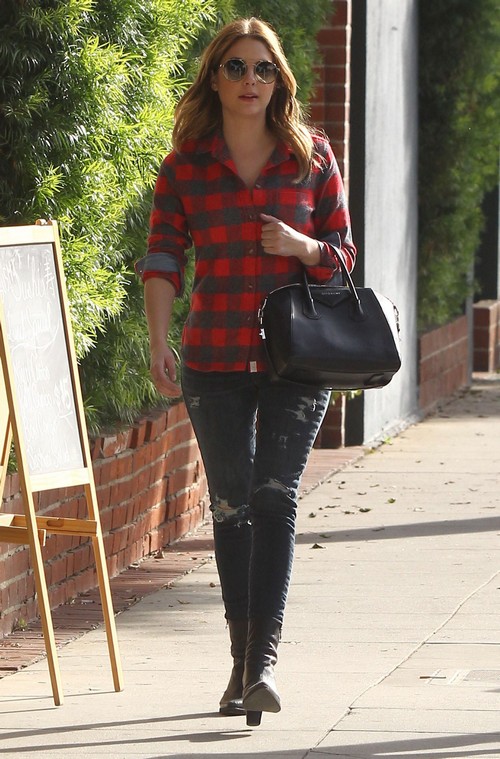 Pretty Little Liars’ Ashley Benson gets called “too fat” for a role in Hollywood at a size 2, and we are calling BS. Ashley stars on the hit show, Pretty Little Liars where she has had nothing but rave reviews and success. Do you remember her on Days of Our Lives as Abigail Deveraux? She’s already been in this business for many years and has kept her head on straight. I love it.

The gorgeous 27 year old starlet recently did an interview with Ocean Drive magazine where she confesses,

“I was just told I was too fat for a part.” She continues, “I’m a size 2! I cried for 30 minutes, but then you have to let it roll off your shoulders or it could cause a serious eating disorder. A lot of people in this industry hear they need to lose weight more times than they should.”

Thankfully she didn’t let the Hollywood hierarchy get to her, “It does make you stronger, though. Because if you let that affect you. You can’t be in this industry — you’d go crazy.” There is so much truth in those words!!

We need more level heads like Ashley Benson in the Hollywood scene. My favorite part of the interview came when she talked about Photoshop and the lie that it portrays.

She took to Instagram back in October to speak out against the fake side of it all, “I saw photos from a shoot of myself just the other day and thought, What the hell? That doesn’t even look like me! I was so disappointed.”

She goes on, “I hate to think that girls are like, ‘She’s so skinny! Her skin is so perfect!’ I have pimples just like they do.” So what did she do about it to really prove a point?

Ashely posted a picture of herself on Instagram wearing pimple cream like millions of “regular” girls do. “Because I wanted to show people I’m not perfect—no one is.” That, my friends is as real as it gets. I have mad respect for Ashley and wish her a fabulously successful 2016!

Make sure you check out Ashley Benson in the season 6 premiere of Pretty Little Liars January 12 on ABC Family.