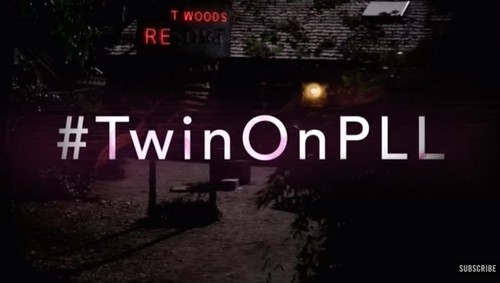 Pretty Little Liars Season 6 spoilers tease that the Spring finale will air on Freeform (ABC Family) on Tuesday March 15 – and PLL fans won’t want to miss a single crazy second of the all new episode.

The liars are determined to bring down the new “A” by using Hanna as bait, now that she has falsely confessed to Charlotte’s murder, but judging from the all new Pretty Little Liars spoiler video – their plan goes awry, and Hanna (Ashley Benson) is in serious danger.

Meanwhile, PLL spoilers indicate that Spoby fans will be thrilled to see Spencer (Troian Belisario) and Toby (Keegan Allen) working together to search for Sara Harvey. The former couple can be seen in the finale promo video searching through what appears to be an abandoned building, possibly secret Radley tunnels they uncovered in the blueprints.

Of course Mona Vanderwaal (Janel Parrish) appears out of nowhere, it looks like once again she may know more than what she is letting on. Also, Season 6 spoilers indicate that Toby and Spencer’s detective work could cause some damage to his relationship with his new girlfriend Yvonne.

Pretty Little Liars Season 6 finale spoilers tease that while the liars are working to take down “A” during the finale – Alison DiLaurentis (Sasha Pieterse) will be having a battle of her own, with her sanity. In the promo Alison appears to be freaking out because a mystery guy touched her.

But, is it all in her head? Fans can expect to see Emily (Shay Mitchell) help Alison through her mental meltdown. Meanwhile, Aria (Lucy Hale) will be busy working on the final chapter of the book with Ezra – and sparks could fly.

Of course the most riveting PLL spoiler for the 2016 finale has to be the big twin reveal, which is expected to go down in next Tuesday’s episode. Spoilers have teased for weeks that there is a twin running around Rosewood. But, who is it?

Are there two Sara Harveys, one that is handicapped and one that is not? Or could Jessica DiLaurentis have had a twin sister that is still very much alive and visited Alison in the hospital in her “dream?”

Are you as excited for the PLL Season 6 finale as we are? Who do you think the twin is? Let us know what you think in the comments below and don’t forget to check CDL for all of your Pretty Little Liars recaps.